Keith was a family man who loved his garden 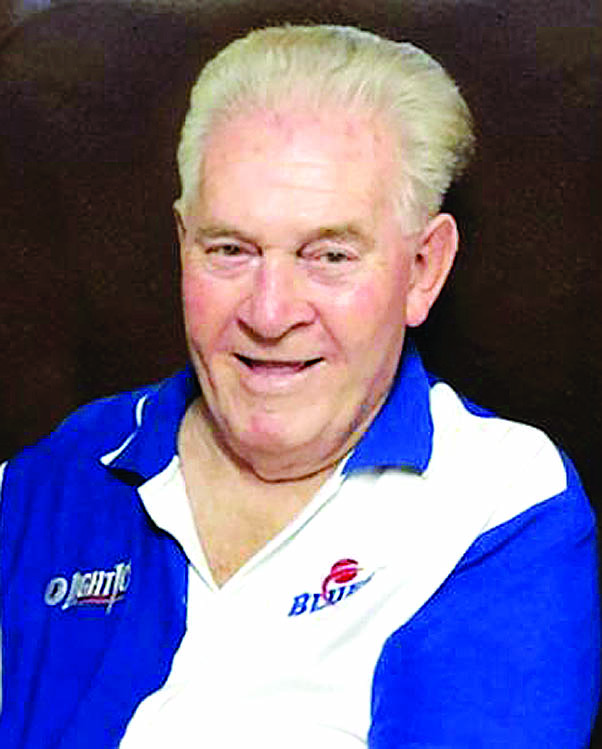 Family, friends and the Boggabri community came together for the memorial service of a Boggabri icon recently.

A heartfelt eulogy was read by daughter-in-law Lyn Smith on behalf of the family.

Keith Smith was the first-born child of Lindsay Gordon and Alma Jane Smith.

Keith was born on Sunday, March 18, 1934 and weighed two-and-a-half pounds or one kilogram.

He was so tiny that he fitted into a shoe box, which became his bed, and he wore doll’s clothes as nothing else would fit him.

All the children grew up in the family home in Merton Street, Boggabri.

Margaret is the only one still living in Boggabri and Fay lives in Queensland.

In 1948, 14-year-old Keith left school to begin an apprenticeship with Les Brazier as a barber.

It was noted that most people at the memorial would have had their hair cut by Keith at some time.

“To this day I can never find a barber as good as Pop,” Keith’s grandson Luke said.

He worked as a cleaner for the National Australia Bank and the golf club, as well as doing the bread run from Tamworth to Gunnedah and Boggabri.

He also loved a good television soapy, walking home from the barber’s shop at lunchtime, to not only have his lunch, but to watch the latest episode of The Young and the Restless.

He never missed an episode of The Bold and The Beautiful or Home and Away in later years.

Keith met the love of his life Colleen Corbett, in 1958 in Tamworth.

He would do this every fortnight.

Lyn Smith said: “the things we do for love hey Colleen.”

After a year of courting, Keith and Colleen were engaged and in 1960 married at the Church of England in Tamworth and honeymooned in Katoomba.

After their honeymoon Keith and Colleen settled in Laidlaw Street, Boggabri which has been their home their whole married life.

Raymond and Rodney have great memories of their dad taking them to the Narrabri Drive-In theatre.

One memory was when they saw The Trindey Brothers and the car lights would not work on the way home and they had to drive back in the dark.

Both Raymond and Rodney said it was a miracle that they didn’t hit a roo.

Rodney remembers having nightmares for days after his dad took him to see Jaws.

He was fond of growing brightly coloured flowers with his favourites being chrysanthemums or as he would call them ‘Mum’s flowers’.

He always picked a bunch to take to the cemetery on Mother’s Day.

He also loved a punt on the horses and would spend the money on family holidays with Colleen and the kids and with good friends, Alan and Helen Urquhart.

The children remember the radio being on when they would visit, just so Keith could hear the races, and it is certainly something that has rubbed off on his son Rodney and his grandson Luke, with both of them loving a punt or two.

Keith lived a gracious, hardworking life with a long and happy marriage to his bride Colleen, two sons, Raymond and Rodney, his two daughters-in-law Lyn and Kathy, six grandchildren, Christy, Shanna, Ashley, Jemma, Luke and Tiffany and their partners and 18 great-grandchildren with another on the way.

Lyn shared a memory, “the other night we were coming home from my daughter’s and Keith’s granddaughter, Tiffany’s house.

From the back seat I was looking in the rear vision mirror.

Colleen was in the front passenger seat and Rodney driving.

In Rodney’s eyes I could see Keith’s eyes.

At that moment I knew that Keith lives on, in his sons, Raymond and Rodney, in his grandchildren and his great-grandchildren.”

Keith’s grandchildren all shared their memories.

Keith made sure that they had two dollars to spend on lollies at Lay Lim’s shop, pop’s garden, leaning over and eating their vegetables (when Colleen wasn’t looking) so that they could have dessert, his love for music, especially Elvis, however the common denominator was the big old barber’s chair and having their hair cut by Pop.

Keith was surrounded his whole life by his family, siblings, nieces, nephews and his friends.

He was a son, brother, husband, dad, brother-in-law, uncle, pop, and a great pop.

While Keith was in hospital, Fay and Margaret would ring and talk to him.

He really loved these chats right up to the end.

A great man with so much love around him.

A beautiful poem, Rest in Peace was read on behalf of Colleen, prior to family and friends gathering at the Boggabri RSL Club to share memories. 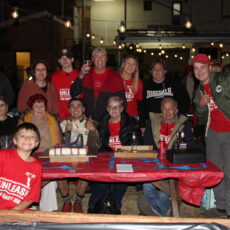 Boggy Ninja, Cruze and Boggabri are four words that are on everyone’s lips since the broadcast of Australia Ninja Warrior series five was telecast Sunday evening. I don’t know what the decibel score was but the cheer that went up as Cruze appeared on the big screen would have been heard all over Boggabri and possibly beyond. Starting around 3pm, a massive crowd gathered at the Commercial Hotel in Boggabri to watch the show on the big screen. Friends, family and supporters travelled from Dubbo, Newcastle, Gunnedah, Narrabri, Boggabri and all places in between. Others settled in at home and […] 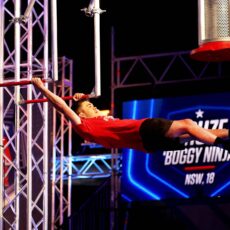 ‘Boggy Ninja’ Cruze is fit and ready for challenges ahead

Excitement is building in Boggabri as season five of the popular national television show Australian Ninja Warrior goes to air this weekend. Out of several thousand applicants Boggabri’s Cruze Morley, 18, was included in the top 150 competitors and has made the cut to appear on the first night of season five which will screen on Sunday, June 20. Cruze has been in solid training for the huge physical challenges of the show to be filmed in Sydney’s Olympic Park to premiere on Nine and 9Now. Cruze has been training for the past four years to take on Mount Midoriyama […] 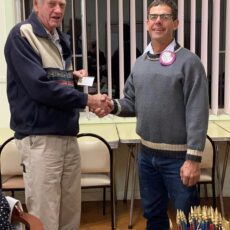 As part of Lions Clubs’ celebration of serving their communities for 100 years, Lions Clubs International is excited to share a new membership awards program that rewards Lions for helping grow the association through inviting new members and organising new clubs. The award is presented to a Lions club member who sponsored a Lion or helped organise a new club that remains active for three years and one day. Boggabri Lions Club president, Richard Gillham presented Mr Boxsell with his award. “I don’t really know what I did that was so special,” Mr Boxsell said. “I have worked constantly for […]