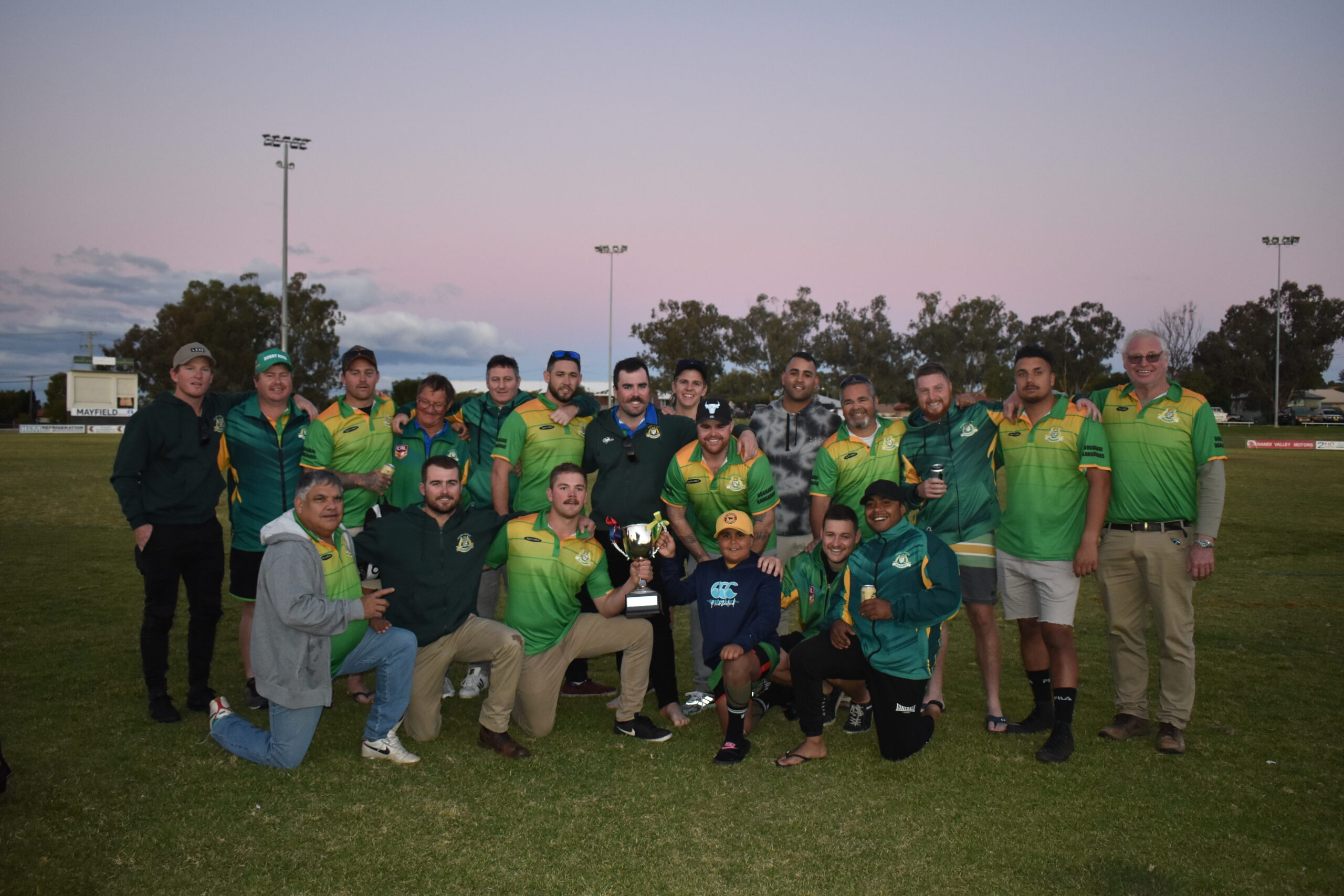 It was 57 years in the making, but the Boggabri Kangaroos have finally ended their drought against cross-town rivals, the Gunnedah Bulldogs.

For an emotional Saturday afternoon, the two clubs commemorated the late Boyde Campbell in their annual meeting for the cup.

Held at Kitchener Park, it was a disappointing start for the visitors, with the Ladies League tag side falling to the Bulldogs 48-0, a repeat performance from their opening game of the season where they went down 40-0.

Reserve grade also struggled as they were beaten 36-14 and continued their poor run of form with a singular point on the ladder.

For the day’s main event, the packed crowd in Gunnedah was greeted with a competitive display from start to finish.

A late penalty kick decided the game to give Boggabri their first win against Gunnedah since 1964.

Boggabri captain and hooker Matthew Gillham was ecstatic after lifting the trophy.

“All my life, I’ve wanted to beat Gunnedah, and to do it on the Boyde Campbell Cup day is just unreal,” he said.

“It’s up there with one of the best feelings of my footy career.”

There was plenty of back and forth action in the first half as stand-in fullback Dylan O’Brien crossed over the line to break the deadlock.

The Kangaroos fired back to tie the game at 6-6 before Gunnedah scored two on the bounce, and they looked as if they were going to run away with the game.

A late try in the first half gave Boggabri the confidence they needed as they went into the break only down by four points at 16-12.

The second half saw the visitors lockdown on defence, holding the home side to one try for the last 40 minutes.

Gillham was impressed with his side’s ability to fight back.

“The win means everything to the club; we have been working on trying to complete more sets and do the little things right,” he said.

“It was probably still a little bit scrappy at points, but we got it done, and that’s the main focus for the team.”

While Boggabri was chasing Gunnedah for most of the game, a sin-bin to Bulldogs prop Lincoln Smith for dissent allowed the Kangaroos to seal victory through a late penalty goal from centre Robert Doolan.

It was a decisive result for both sides, who were both sitting on six points on the ladder.

For Gunnedah, they suffered their fourth straight loss of the competition and dropped to sixth on the ladder.

The Kangaroos, however, overtake their rivals and move to eight points.

Gillham paid tribute to the visiting fans, which helped the side get over the line.

“Our supporters are phenomenal, so to do it for them was amazing,” he said.

“They were loud and there for us throughout the game.”

As teams head into the latter stages of the season, Gillham is looking for more consistency from a team that is still relatively new.

“We need to keep up the momentum,” he said.

“Keeping our heads is important and finding a good direction of where we want to go.

“We’re still a new side, and everything is starting to gel.

“It’s all happening at the right time of the year.”

Despite there only being one winner on the day, both clubs came out to pay their respects for Campbell with a shared emotion throughout.

“It’s a real shame that we’ve got to play for a cup like this, Boyde was an unreal footballer, and he meant so much to both clubs,” Gillham said.

“When he passed, it touched a lot of people in both towns, so it’s good that we can come together for a great cause on a day like this.”