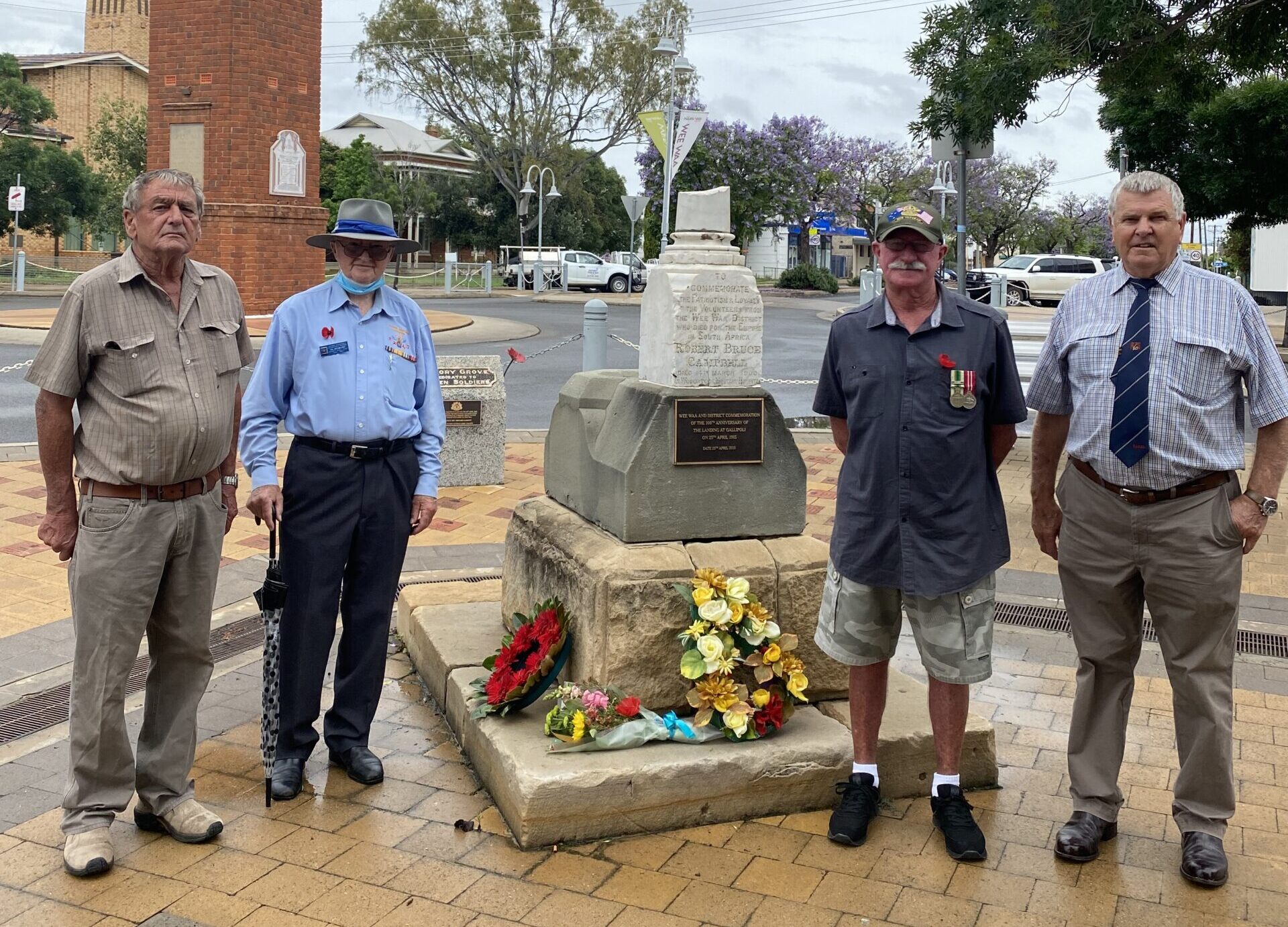 The overcast skies set the sombre tone on a day when Australians pause at 11am to remember and pay tribute to servicemen and women.

“The First World War ended more than a century ago,” said Mr Lowder in his address.

“The fighting stopped when an armistice between the Allied powers and Germany came into effect at 11 o’clock on the morning of November 11, 1918.

“Millions had lost their lives during the war, among them, more than 60,000 Australian service personnel – about one in five of those served overseas.

“Many thousands were wounded in body or mind. During the war and after its end, survivors returned home to a country both grateful for their service and traumatised by the war’s enormous cost,” said Mr Lowder.

“Nowhere on earth do Australia’s war dead lie in greater numbers than in the soil on the Western Front in France and Belgium.

“The momentous announcement that the fighting was over on this front, and with it the war, was met with joyful celebrations around Australia.”

“But joy was neither universal nor unqualified,” said Mr Lowder in his address at Wee Waa’s Remembrance Day service held on November 11.

“Too many had died, too many more were wounded or made ill by their war service.

“Across the country, memorials were erected to honour those who served and to remember the dead.”

In recent times, Remembrance Day has become a time to pay tribute to all our servicemen and women, from all conflicts of war.

Community groups as well as school children laid wreaths at Memory Grove during the service.

“Today, the Australian War Memorial’s Roll of Honour lists the names of more than 120,000 Australians who have lost their lives in war and conflict,” read Mr Lowder.

“As we pause on Remembrance Day, our thoughts turn to war’s enormous cost and the toll it takes, not only on those who fall but on all who serve.”