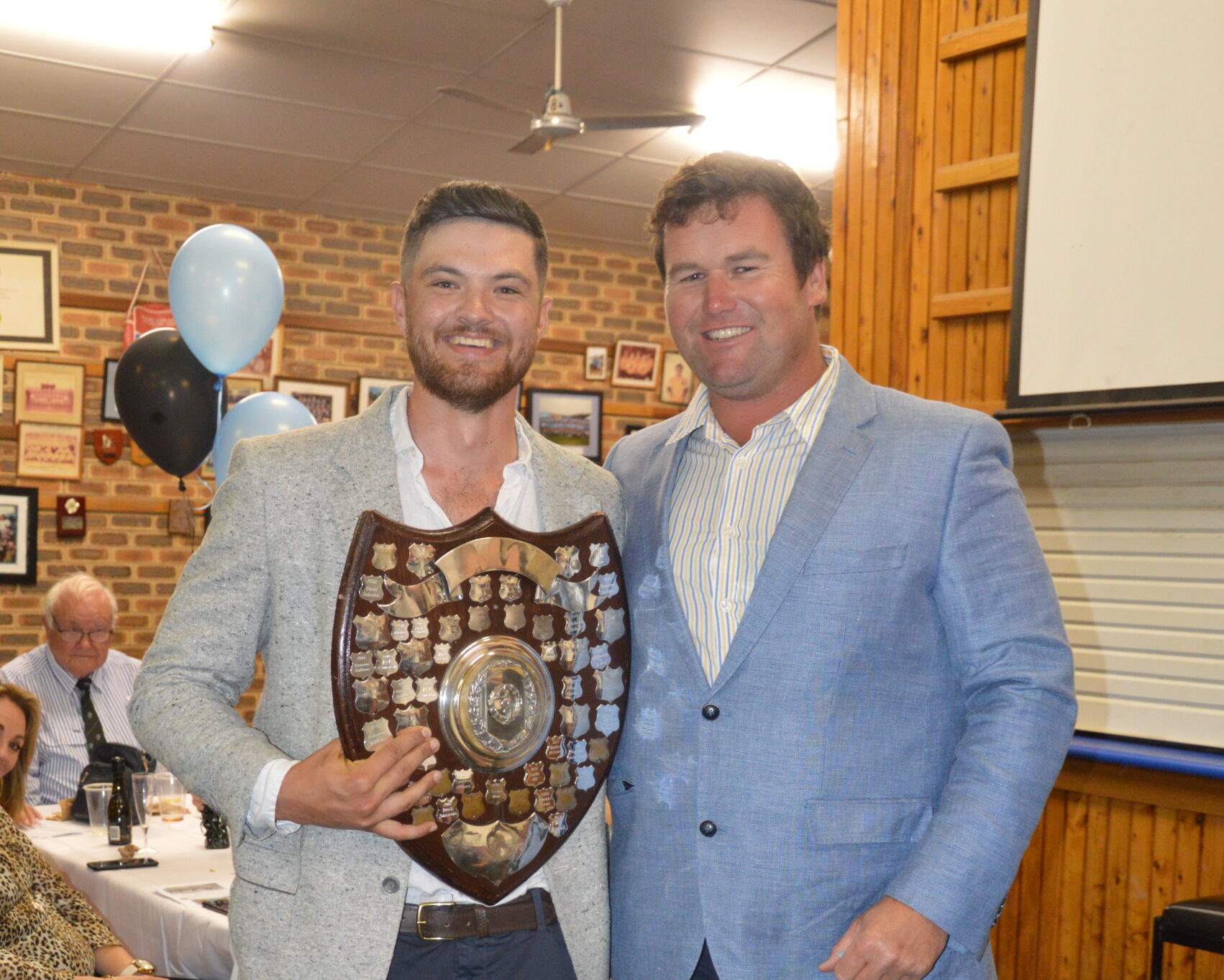 Born and bred in the great town of Narrabri, Jake Packer is one of the most familiar faces in its local sporting community. He’s also one of the first who comes to mind when excellence and success across many sports are discussed or debated.

The 26-year-old has been a standout in the rugby union, rugby league, cricket and touch footy arenas and he is now hoping to replicate his on-field success on the sideline in 2022.

Packer was recently named Narrabri Rugby Club’s first grade head coach and is now excited to hit the ground running during an eight-week pre-season schedule that will begin on Tuesday, February 8.

Initially set to take on the assistant coach role in 2022, he replaces Peter Firth in the top job.

Firth was announced as the Blue Boars’ club coach and first grade coach late last year, however, there has been a change to the coaching structure since the announcement of that appointment in mid-December.

“Peter Firth has had a change in circumstances which won’t see him be able to return to Narrabri to coach here at the Blue Boars, unfortunately,” Narrabri Rugby Club president Mick Coffey told The Courier.

“Whilst it’s disappointing from our club’s point of view, we wish him all the best with his coaching in New Zealand and who knows, he may be home in Narrabri at another point in the future and be able to get involved then.

“Pack (Jake Packer) was keen before Peter expressed any interest, so it’s basically just reverting back to that.

“He’s got a mile of enthusiasm and will do a great job. The club is 100 per cent behind him.”

Both are level two coaches and are certainly well-respected as players, coaches and people.

“Todd and Whannie need no introduction to anyone at Dangar Park, or even in the zone for that matter,”
Coffey said.

“They’ll be great sounding boards for the coaches and they’ll just be around to keep things tracking in the direction intended.

“Plus, the old bull, Jack Farrer, will be watching from afar but will still be available for plenty of yarns I’m sure.

“There’s going to be no shortage of support.”

Packer, who made his first grade debut for the Blue Boars in 2013 and was a part of the grand final winning team in 2015, believes that the club can achieve great things in 2022.

“I really want the whole club to be successful,’ Packer said.

“That’s not just the first grade side. “I want firsts, reserves, the women’s team, the third grade boys, I want everyone to be strong as a club.

“At the end of the year, I hope we can pick up the club championship, which I think is a big title.

“I think it’s actually underestimated how big winning that is because by winning that, it says your club was the best club in the zone.

“I think coming out of the season as the best club is our goal, and I already think we are the best club in the zone, so we should be challenging for it.”

Packer will begin communicating with the club’s 2021 senior roster in the coming days and into next week and hopes that everyone who played last year will pull on a Narrabri Blue Boars jersey again in 2022.

He liked what he saw during a 2021 season in which the Blue Boars were not only fighting for the first grade minor premiership but were also one of the championship favourites before the COVID-19 pandemic reared its ugly head once again and forced the cancellation of the season with the finals series just weeks away.

The club’s newest first grade coach is confident his side can take that form into 2022.

“One of our biggest strengths is the fact that we have a number of really good forwards,” Packer said.

“We have guys like Matt McDonnell, Jack Maunder, Sam Knight and Will Turner, some really good forwards in our pack who can really steer the team around, and I’m really excited for those boys to pave the way again.

“Then you look at our backs – Henri Knight, Nicho (Jacob Nichols) and Will McDonnell at 10, 12 and 13 were the best in the comp, I thought, last year.

“If we can retain them, which I’m confident we can, it will stiffen up our midfield and provide a very attacking midfield.

“We’ve got some other blokes who can round out that backline as well, which I’m confident of.

“Our fitness will be a big strength, and our ball skills will go to another level this year, especially around the forwards.

“We are going to set a strong defensive foundation which will allow us to be confident and expansive in attack.”

Packer has developed his own coaching experience during the past few years after launching JSP Sport Development, which has seen him deliver an abundance of sporting programs to stars of the future across the region, and co-founding Platform foods x studio, which now operates in both Narrabri and Wee Waa but also attracts clients from right across the Narrabri Shire and beyond.

He is excited to draw on some of the great qualities from some of his own former coaches, most significantly Hunter Harley and Steve Cornish.

“Steve coached my rugby league team when I was 18. He was really good in the way that he went about the game, and he was a good mentor as well,” Packer said.

“He was old school with training, and everything we did, he did with us. He would have been 40-odd at that time and was showing us how it was done.

“Like I said, he was a great mentor and a really good coach.

“Then Hunter, he is a really good tactical coach.

“Instead of having a game plan that suits his teams, he would change the game plan up depending on what the weaknesses were for each opposition team.

“Tactical-wise and strategy-wise, he was unreal.”

The incoming first grade coach also agreed with Coffey that there was no shortage of people around the club to go to for help.

“I’ve got some really good guys around the club I can talk to and get some ideas from,” he said.

“They’ll have some great ideas, and I have some ideas too from what I saw last year.

“I think a fresh face for the club will be a good thing too.

“I think I’ll bring some enthusiasm and different ideas which can help the boys and the club hopefully get a premiership.

“I’m very excited to get in and give it a crack.

“It should be good fun and a new experience.

“I’ve always wanted to coach the Blue Boars. Coaching is something I like doing, and I think that I have the capability to do it.

“I haven’t played for the last couple of years, and it got into my mind that I really wanted to have a crack at coaching.

“It’s been interesting seeing football from the outside looking in. I haven’t really seen that for a while because I’ve always been playing.”

Meanwhile, Central North Rugby Union’s draw for the 2022 campaign has recently been confirmed.

The Narrabri Blue Boars will host the Barraba/Gwydir River Rats in the opening round when the new season gets underway on Saturday, April 9.

At least three matches will be played that day, which will see the first grade, second grade and women’s teams all run out in front of a home crowd.

There could also be at least one more game contested, with the Blue Boars declaring they would nominate a side in every grade that goes ahead in 2022, including possible colts and third grade comps.

Prior to the opening round, the Blue Boars will host St Albert’s College in the Southwell-Hannaford Shield match at Dangar Park on Saturday, March 26. The club will then travel to Mudgee the following weekend to challenge the Mudgee Wombats.

The senior men’s squad and the women’s team will both play trial games across those two match days.