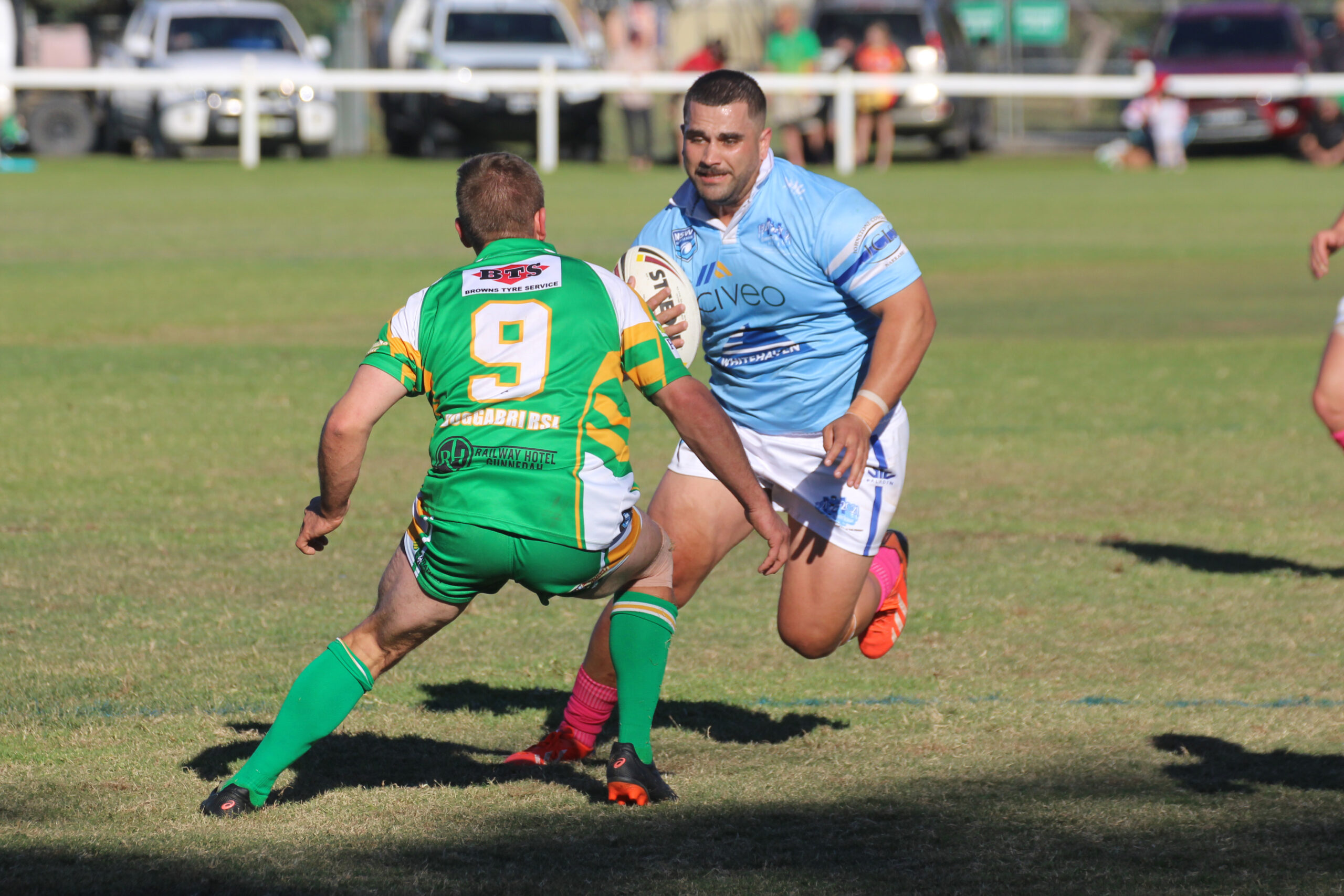 Group 4 Rugby League begins what chairman Terry Psarakis believes will be an exciting year when it kicks off the 2022 season this weekend.

Last season’s minor premiers Narrabri head to Boggabri for a local derby against a home side that nearly upset the Blues at Jubilee Oval last season.

“Be a good test for us,” said Boggabri coach Shane Rampling of Saturday’s derby.

“Hopefully we will make the home ground advantage count. We were unlucky not to beat them at home last year.”

“But we’ve also been hit with COVID. I’ve had and about five or six have had it as well. It’s not ideal but hopefully, we’ll all be over it.”

Werris Creek is another travelling side on Saturday when it heads to Gunnedah’s Kitchener Park for an opening round game against an old foe.

The Mapgies may well do it without rising young forward Charlie Parsons, who rolled his ankle at training.

“We’re pretty much the same side as last year with a few new faces.”

Hadden played for the Greater Northern Tigers in the Country Championships, Nathaniel Slater returns to the club from Group 21 and Bailey Wilson is arriving from the Tamworth Pirates rugby union club.

The fact that it is the Gunnedah club’s ladies’ day makes it even more testing for the Magpies.

“These bigger days have bigger atmosphere and you play better,” Tickle said.

The Magpies will meet a strengthened Bulldogs with the return of former first grade start Trent Hilton.

He re-joins a club strong in the forwards with KC Edmonds and Greater Northern Tigers prop Lincon Smith.

Smith was one of the best for the Tigers in their semi-final defeat at Grafton whilst Dylan Lake scored one of the most scintillating tries in a big match with a brilliant 90m effort.

Lake and KC Edmonds are co-captains and will lead from the front.

The other Saturday first grade match sets Kootingal and Dungowan against each other at Kootingal.

The two were great rivals in the days of the old Group 4 Second Division and will be playing for the Steve Pepperell Shield.

Kootingal has been preparing well with two trials but has been hit by COVID, said coach Geoff Sharpe. He will settle on his first-round side at training on Thursday night.

Taylor was injured in the Tigers Country Championship clash in Grafton while Croft has a rib injury.

“We’ll have a similar side to last year,” said co-coach Luke Taylor while believing the arrival of Tex Lagamiri and Ryan Ingram from North Tamworth would be a big bonus.

“Whatever we throw out the first two rounds we’ll improve on. It’s pretty exciting, we do have some good young players but we also have some good, older heads like Brett Jarrett, Wilso (Matt Wilson), Fergs (Shaun Ferguson) and Macca (Mark Macaulay).”

Moree has the first grade bye but does host Barraba in second grade, ladies league tag and under-18s at Boughton Oval.

The Boars will be a threat in first grade under Ben Williams with the likes of Michael Watton and Brenton Cochrane, but will also have better depth with Marshall Barker coaching the second grade.

Wayne Craigie is coaching the Boars’ ladies league tag side and Mitchell and Mick Watton will look after the under-18’.

“We are struggling for numbers,” Mitchell admitted of the junior side.

It is Manilla’s first game back in the top grade for 20 years and they are keen to make it a successful one under captain-coach Mitch Doring.

He, Mitch Turrell and Beau Harry all played in the Greater Northern Tigers side at Grafton, with Doring scoring a great try after a brilliant inside move featuring Gunnedah winger Dylan Lake.

They come up against a new-look Bears with new coach Paul Boyce at the helm.

Boyce said the Bears will play a different structure under his coaching this season and representative stars Scott Blanch and Mitch Sheridan are eager to put it into practice after the Bears launched their season at the Court House Hotel last Friday night.

Blanch played hooker for the Tigers in their loss to the North Coast Titans but revelled in the challenge up front.

Sheridan, he thought, was outstanding.

Group 4 chairman Terry Psarakis believes it will be an “exciting season”.

“I’m looking forward to it,” he said.

“It’s going to be a big year and going to be different with Manilla involved. Great to have Manilla back in first grade but things are still a bit shaky with the under-18s. At this stage, we are still confirming teams.

“But we are ready and hopefully we’ll have it up and running for a full season.”

Last season Group 4 Rugby League abandoned its season on the eve of what promised to be a wonderful finals series and Psarakis believes that will carry over into the start of the 2022 season.