Blue Boars fight back to beat the Bulls and remain unbeaten 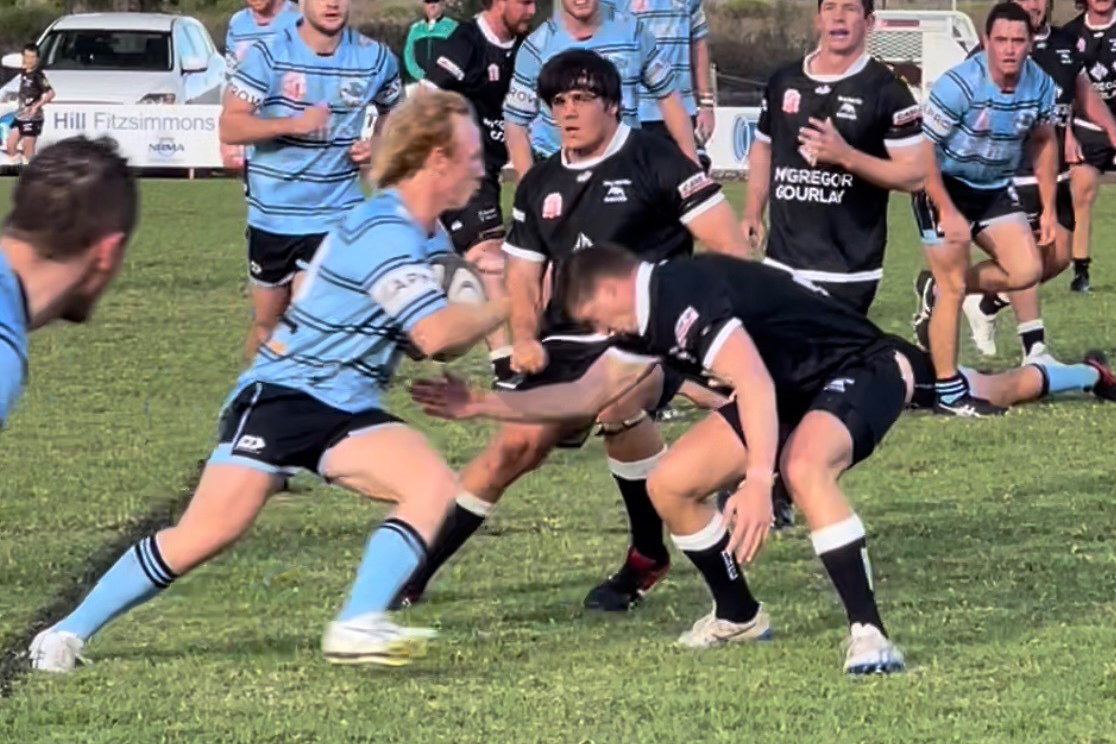 The two rivals went head-to-head at Weebolla Oval in Moree, where the Blue Boars scored a 28-24 victory in the fourth round clash.

Narrabri Rugby Club president Mick Coffey told The Courier that while the win certainly wasn’t pretty, wins in Moree are never easy, and the club was happy to return home with the five points.

Moree crossed first in that game, but Narrabri levelled the score up at 7-all when Jacob Nichols converted a Will McDonnell try.

However, the Blue Boars went into half-time trailing by 12 points after the hosts ran in two more tries to go ahead 19-7.

The Bulls scored one more try in the second half and led 24-21 with about 15 minutes left to play after Narrabri duo James Baker and Nichols scored a try each, which Nichols and Toby Keys converted.

The Blue Boars established their first lead of the match with about 15 to go when Daniel Kahl went over for the side’s fourth try of the day to ensure it would go home with at least a bonus point.

However, it went on to win the game and earn all five points on offer.

Keys slotted his second conversion to make the score 28-24 after Kahl’s try, and then the Blue Boars kept Moree out for the remainder of the match.

Narrabri Rugby Club’s first XV coach Jake Packer told The Courier that he was proud of his team for getting the job done following a disjointed week in the lead up to the contest.

“It was a disjointed week leading up to the game.

“We had lots of blokes away, so we didn’t really get any training in.

“There were a few COVID calls last minute, and we ended up changing both teams up maybe five or six times on Thursday at training.

“We didn’t go into the game with the best preparation, and we didn’t really fire straight away.

“Moree’s first three tries were long-range tries. In their own 22, they threw a good ball and made a break and scored good tries that way.

“They did pressure us too, but we didn’t crack under the pressure. They were just really good long-range tries.

“Then we just stuck.

“The biggest thing I was happy about and that I’ve always said about this team is that we’ll play the 80 minutes and we have heart, and our fitness is also there. That heart and determination – you can’t really train that – and we had to show it on the weekend.”

The other first grade games in round four saw Inverell Highlanders score a 53-17 win at home against Walcha and Gunnedah score a 41-12 win on the road against Quirindi to retain the Kookaburra Challenge Cup.

In Moree, the Blue Boars went down 19-6 in the second grade game.

Narrabri will return home to Dangar Park on Saturday, where it will take on Inverell in first and second grade in the fifth round of the 2022 campaign.

The women’s 10s team will kick off the day against the Tamworth Pirates after it had a bye in round four.