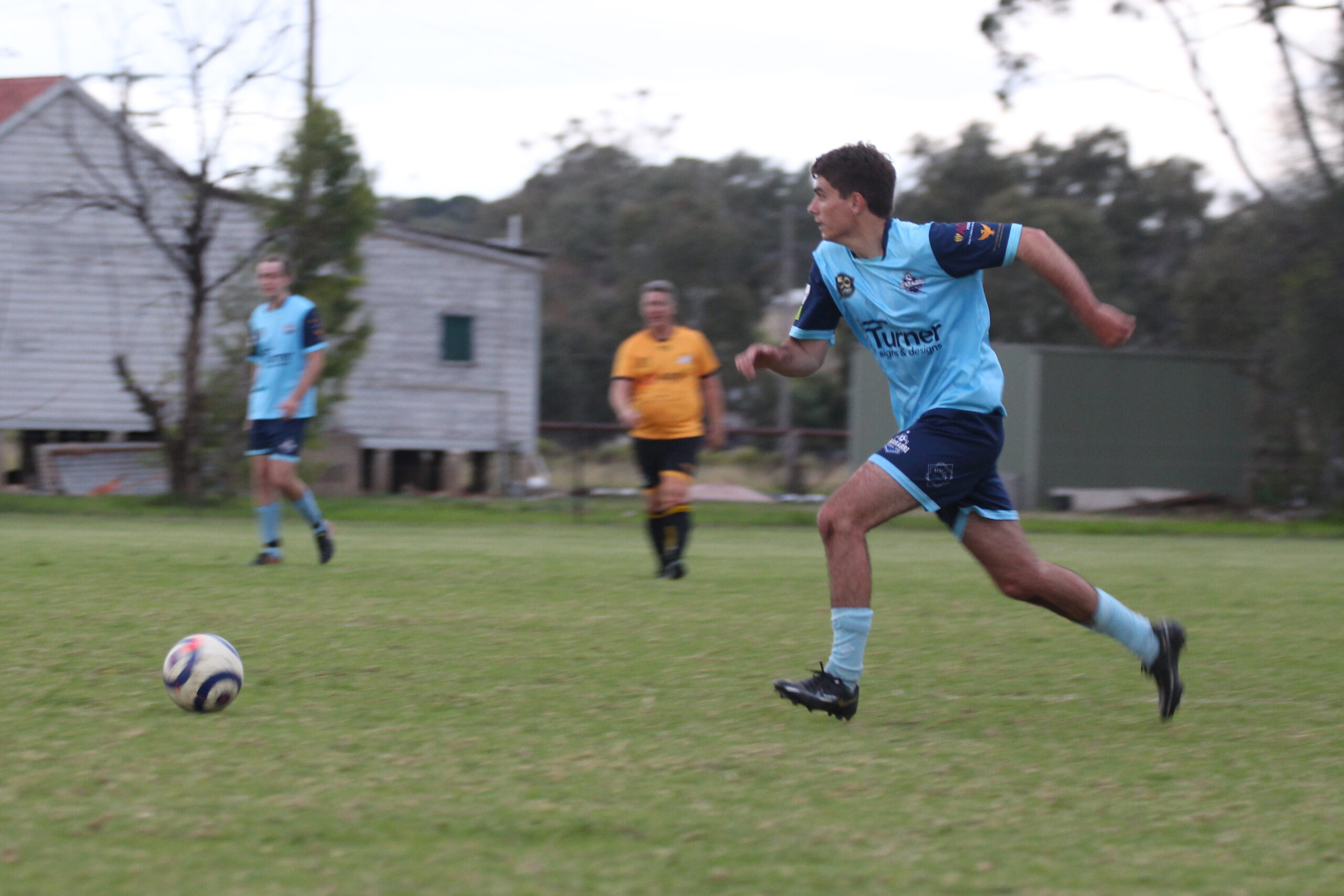 Narrabri FC's Matt Edmonds was one of his side's best in a 2-1 first grade loss against Gunnedah FC on Saturday.

Narrabri FC’s struggling start to the 2022 Namoi Soccer League campaign continued on Saturday when the side was defeated 2-1 on the road against Gunnedah FC.

Narrabri FC led the contest, which was played at the Geoff Morgan Fields in Gunnedah, 1-0 at half-time after Colby Williams controlled a Cooper

Brayshaw pass and slotted a shot from just inside the 18-yard box into the bottom left corner.

However, Gunnedah came out firing in the second stanza as player-coach Andy Cygan levelled the scores with his seventh goal in four matches.

Gunnedah was awarded a penalty with about 15 minutes left to play and striker Casey Targett calmly slotted the ball past Narrabri FC goalkeeper Zaac Brayshaw to put his side ahead and make the score 2-1.

That is the way it finished after the hosts defended superbly late in the match to deny the Narrabri team an equaliser.

The victory was Gunnedah’s second on home soil against a Narrabri side in as many weeks after it defeated Narrabri Elevens FC 8-1 in round three.

For Narrabri FC, the defeat was its second in three matches this season after the side lost just once in the two seasons prior to 2022.

It will go in search of its second win of the campaign on Thursday when it takes on the high-flying Inverell FC in a round three catch up match.

Inverell is dominating in its first season in the Namoi Soccer League competition and registered its third consecutive win on Saturday when it beat Moree Services FC 6-1.

It was another victory inspired by the competition’s leading goal-scorer Andrew Seru, who scored a hat-trick for the undefeated side to finish with eight goals from three games.

The other first grade match was scheduled to be played at Hogan Oval between Narrabri Eleven FC and Wee Waa United FC.

However, that game is expected to be rescheduled after the Elevens offered to forfeit due to a shortage of available players.

The two Narrabri sides will contest the first local derby of the season this weekend when Narrabri Eleven FC and Narrabri FC go head-to-head at Hogan Oval.

Wee Waa United will host Inverell FC, and Moree Services FC will host Gunnedah FC in the other round five matches.