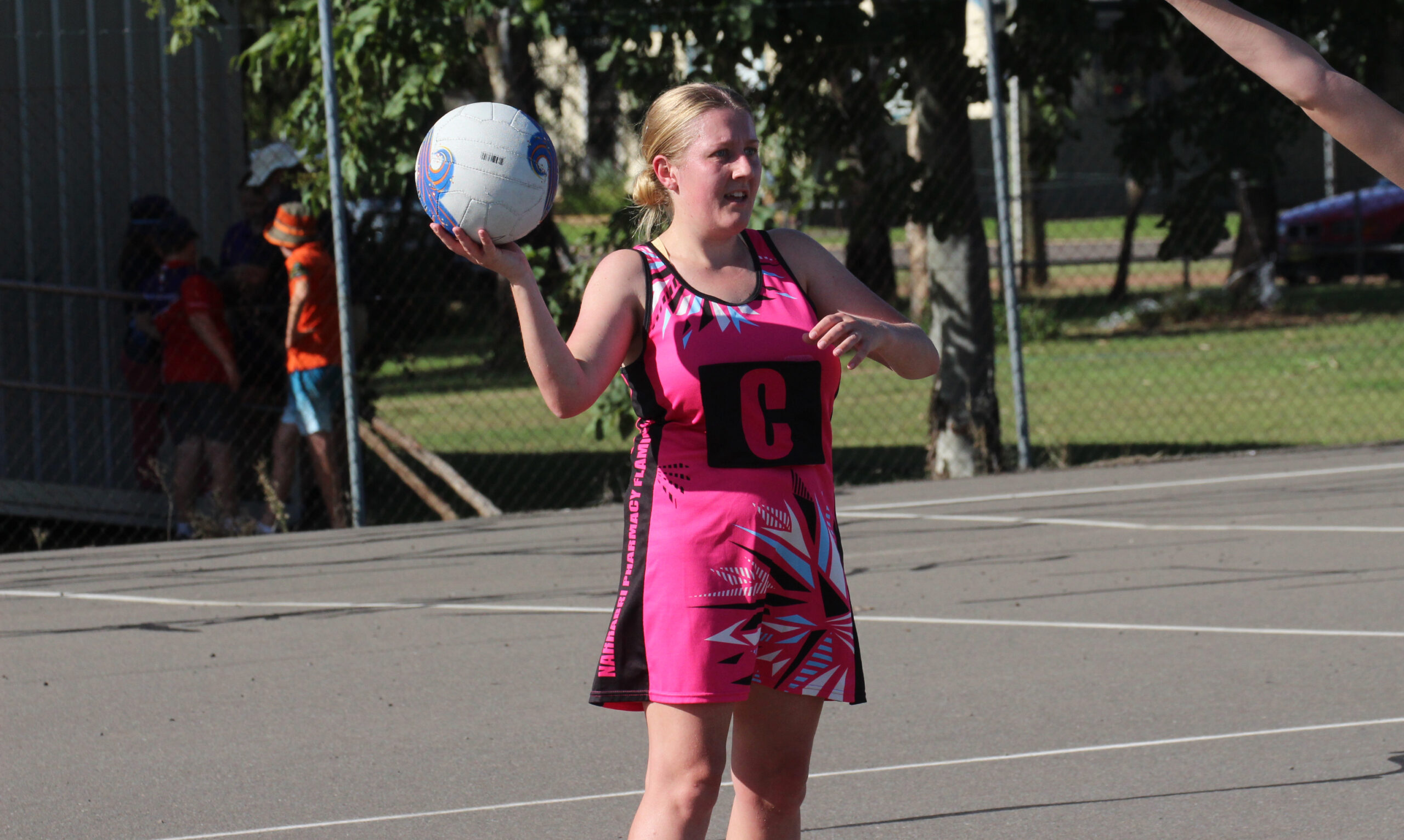 Narrabri Netball Association hosted the fifth round of its 2022 campaign at the Bev Burrows Courts on Saturday, where the Pharmacy Flamingos continued their impressive form with a big win.

The side not only took the court with seven players for the first time this year but also had substitutions to call on as well.

The Flamingos showed exactly what they are made of as they scored a 39-16 victory against Golfie Grubs to rise up the ladder to fourth place.

The win was the Flamingos’ second in a row after they earned a dominant 57-13 victory in round three ahead of a round four bye.

Those results came after they had kicked off their campaign with back-to-back losses in rounds one and two.

They will face a new tough test in the sixth round of the season on Saturday, June 18, when they restart their 2022 campaign following the June long weekend break with a match against the undefeated Wee Waa Flames.

The Flames won their third game of the season on Saturday when they downed Vicious and Delicious 32-11, which saw them remain just a point behind ladder leaders Fever.

Fever is yet to have a bye this season and has won four of its five games, the latest of which was a 40-33 win against the Tourist Tornadoes in round five on Saturday.

Third-placed Not Fast But Furious had the round five bye.

The Tornadoes finished the round in fifth place following their loss, while Vicious and Delicious and the Golfie Grubs make up the bottom two.

In the B-grade competition, All Nets finished the weekend as the only team to have won all five matches in 2022.

The side went into the fifth round having won four from four, as had its opponents Pretty Poison. All Nets won their match 26-13 to become to the first team to reach 10 points.

That saw Pretty Poison drop from second to third after being overtaken by The Goats, which now sit second following a convincing 41-5 victory against Hot Shots. The Goats are yet to lose a game on court yet this season as their only blemish remains a round three forfeit.

Another round five game saw fifth-placed Win Diesel down the fourth-placed Win Or Booze 23-12, while sixth-placed Blue Rebels downed the seventh-placed Wilga Warriors 34-16.

The Warriors and last-placed Hot Shots are still winless after round five.

In the under-11-13 junior comp, a highly-anticipated clash was won by the second-placed Magpies, which downed ladder leading Namoi Cotton Thunderbirds 21-10.

The loss was the Thunderbirds’ first of the season, and both sides are now on eight points following four wins and a loss each.

The other games were won by third-placed C and W Firebirds and fourth-placed Lightning. The Firebirds outscored Swifts 16-2, while Lightning edged out Giants 11-9.

In the under-9/10 junior comp, the Valley Vixens continued their undefeated run with a 3-1 win against The Roses and a 10-0 victory against The Diamonds. In the other game, Roses outscored The Diamonds 11-1.

All divisions will break this weekend for the June long weekend bye and will return to the courts on Saturday, June 18, for round six games.