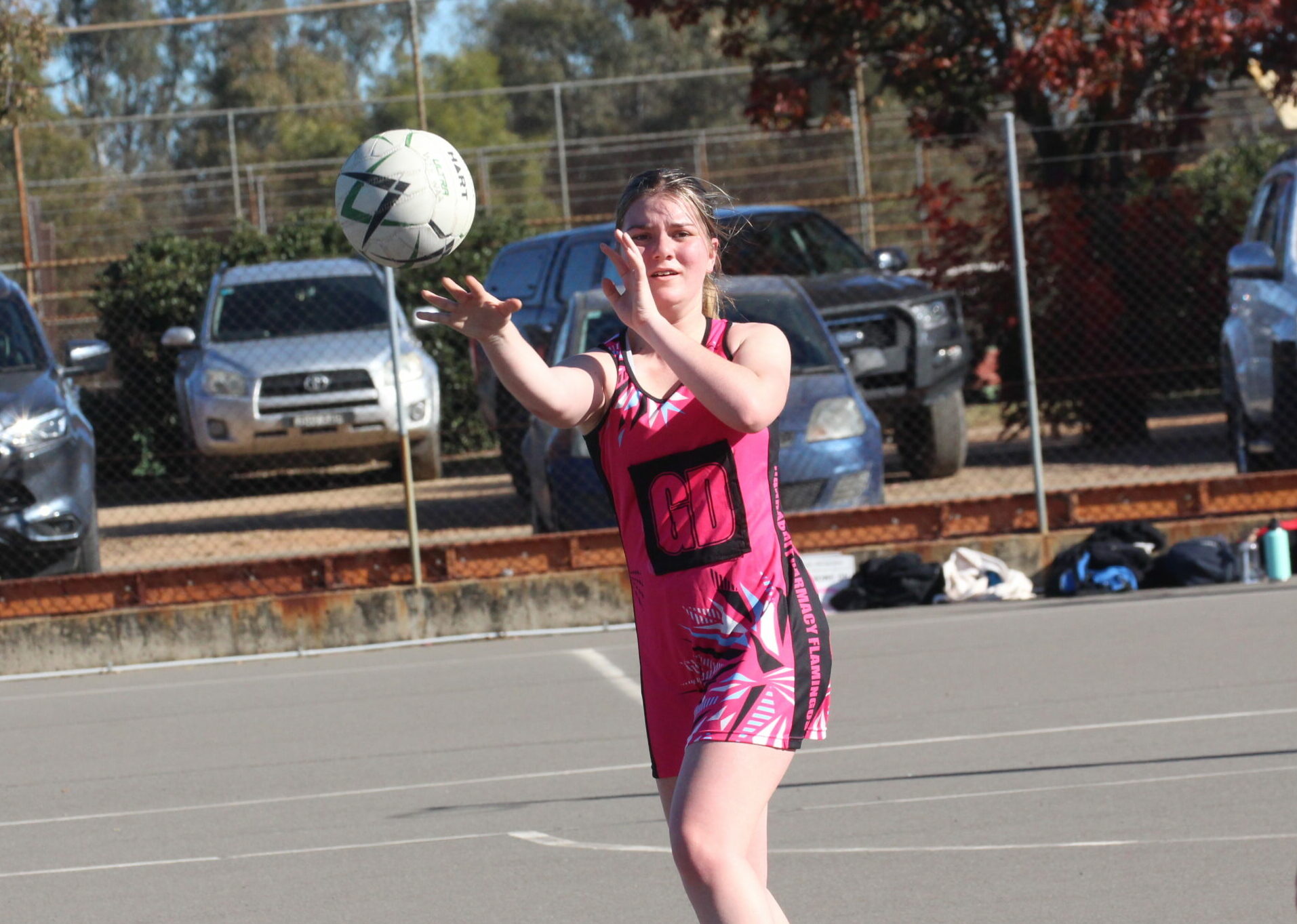 Narrabri Netball Association’s 2022 campaign reached its halfway point on Saturday when teams contested their round seven matches ahead of a four-week mid-season break.

All three A-grade matches went ahead at the Bev Burrows Courts.

Second-placed Wee Waa Flames continued their undefeated run as they scored their fourth win of the year. They downed the last-placed Golfie Grubs 50-8 to finish the round on 10 competition points, equal with first-placed Fever, which had the round seven bye.

Fever has won five matches and lost once at the halfway point of the season, while the undefeated Flames have won four games and drawn two.

Pharmacy Flamingos tied their opponents for the second time in as many weeks as they contested a 40-all draw against the Tourist Tornadoes. That result saw the Flamingos finish the round in fifth place and the Tornadoes drop from third to fourth, overtaken by round seven winners Not Fast But Furious.

Third-placed Not Fast But Furious scored its third win of the year on Saturday as it outscored the sixth-placed Vicious and Delicious 62-7.

Not Fast But Furious and the Tourist Tornadoes are both on seven points, three behind the top two and one ahead of the Flamingos.

Meanwhile, the B-grade competition has a new leader at the top of the table after The Goats downed All Nets 27-14 in round seven on Saturday.

The Goats entered the round in second place but secured two points to join All Nets on 12. Both teams have won six games each in 2022. They both sit a win ahead of third-placed Pretty Poison, which prevailed by forfeit on Saturday after the last-placed Wilga Warriors were unable to field a team.

In the junior under-11-13 competition, Namoi Cotton Thunderbirds remained on top of the table with a narrow 13-11 victory against fifth-placed Giants on Saturday.

The Thunderbirds have won six of their seven games so far this season and are one win clear of second-placed Magpies, which now has five victories after they downed last-placed Swifts 16-8 in round seven.

The other match saw the C and W Firebirds and Lightning switch places on the ladder. The Firebirds entered the round in fourth and finished it in third following a 48-12 win against Lightning.

In the under-9/10 competition on Saturday, ladder leaders Valley Vixens were beaten for the first time this season.

They won their first match of the day 10-1 against The Diamonds, but were beaten 3-0 by second-placed side The Roses in the third and final game of the day.

The Roses also won the second game when they outscored The Diamonds 5-3.

The competition will now break until later next month when the season resumes on Saturday, July 23, with round eight matches.