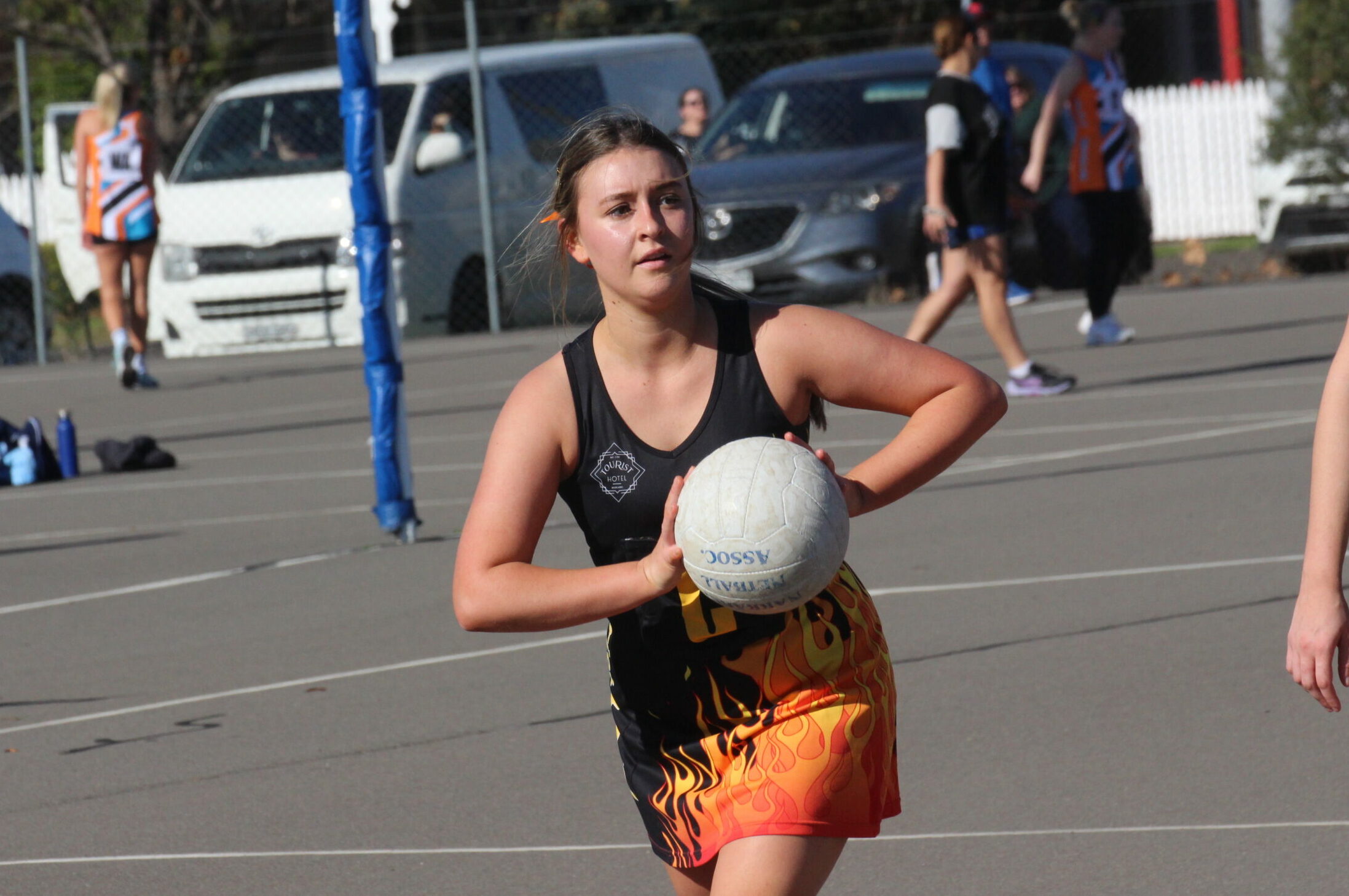 Tourist Tornadoes’ Alex Hall in action at the Bev Burrows Courts, where her side scored a 50-31 win against Wee Waa Flames on Saturday to rise to third place on Narrabri Netball Association’s A-grade ladder.

Fever finally returned to the court for its first match since Saturday, June 4, following two forfeit wins and a bye as well as the mid-season holiday break, and it secured a dominant win to move three points clear at the top of the ladder.

The ladder leaders outscored the Pharmacy Flamingoes 47-22 to move to 14 points following seven wins and a forfeit loss in 2022.

The Wee Waa Flames went into round nine in second place, just two points behind Fever, but lost 50-31 against the Tourist Tornadoes to drop to fourth.

Not Fast But Furious is now second on 11 points after it downed Golfie Grubs 36-22, while the Tornadoes are now third, also on 11 points.

The Flames remained on 10 points following their loss and are still two wins clear of fifth-placed Pharmacy Flamingos.

The B-grade competition games were all won by top four teams in round nine on Saturday as the gap between them and the bottom four widened.

All Nets remained first with a 37-14 victory against last-placed side Wilga Warriors. The win was All Nets’ eighth in nine matches as they moved to 16 competition points.

Just two points back are The Goats following their 36-14 win against fifth-placed Win Diesel in round nine.

The other two games were won by Pretty Poison, which beat Win Or Booze 43-26, and Blue Rebels, which downed Hot Shots 44-8.

The results of those two games saw Pretty Poison retain its third-placed position and Blue Rebels remain in fourth.

The under-11/12 competition’s top-ranked side was also victorious on Saturday in round nine as the Namoi Cotton Thunderbirds earned their seventh win of the season. They downed fourth-placed side Lightning 28-8 to move three points clear at the top.

Magpies entered the weekend in second place, just a point behind the Thunderbirds, but are now third after being edged out by C and W Firebirds. The Firebirds’ 9-8 victory saw them finish the round in second as they joined Magpies on 11 points.

The other match was won by Giants, which outscored Swifts 15-2.

There were three more games played in the under-9/10 competition on Saturday.

The first game of the day saw The Roses beat The Diamonds 5-2.