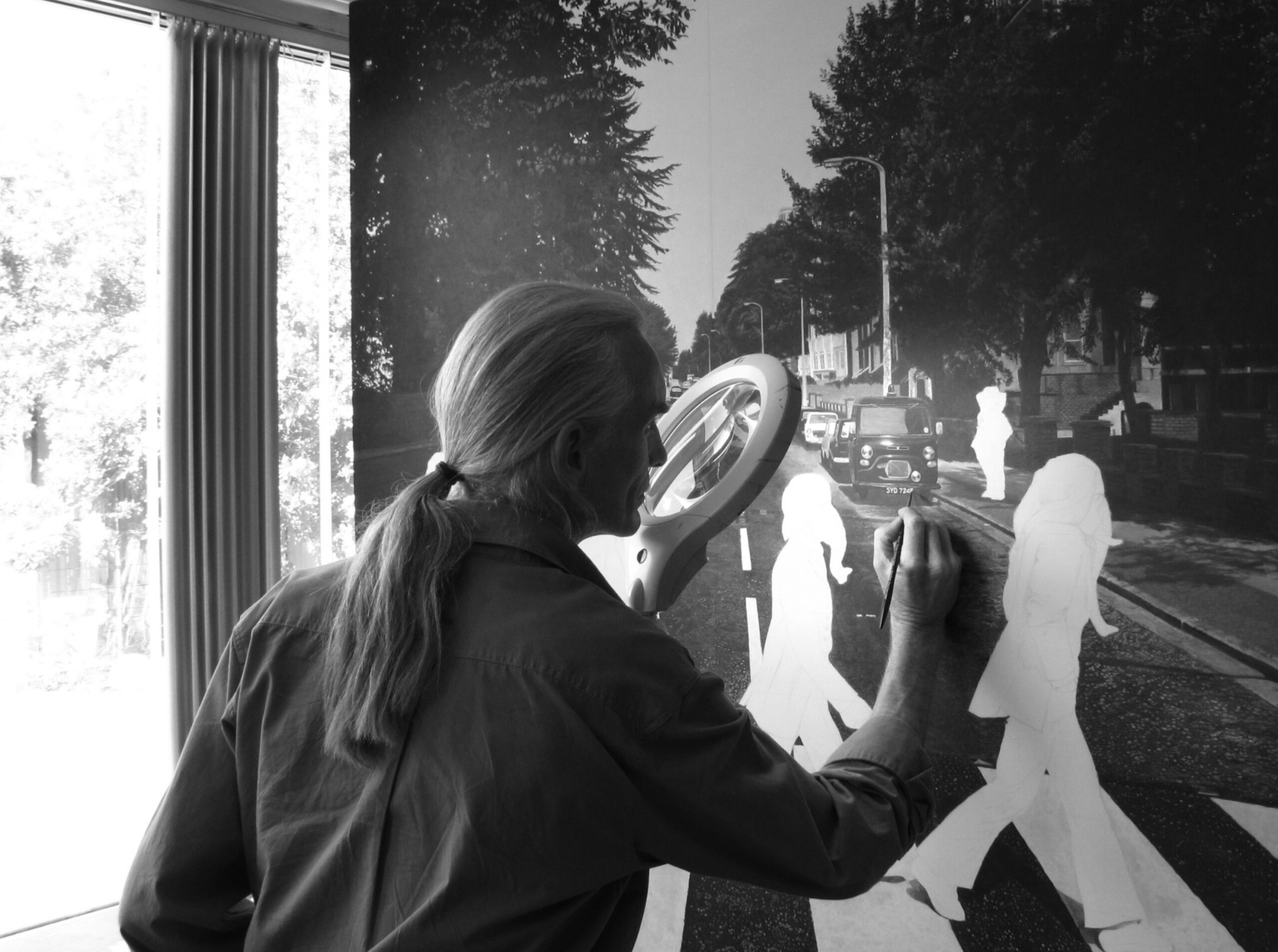 ‘Elephantasia’, an exhibition of artwork by local artist Graeme Compton opens on June 11 and is the culmination of a mammoth, creative effort over the past five years.

The collection of works has a big theme binding it together: elephants (in case you had not already guessed from the title).

Graeme has a strong empathy for these massive creatures and finds them a fascinating subject.

His exhibition reveals humour and insight through placing pachyderms in positions normally inhabited by people.

Graeme first struck on the idea a couple of decades ago, when he began drawing elephants playing the piano to amuse his piano students, as a little joke to lighten the task of practice.

Pianistically performing pachyderms began to appear regularly in his newsletters, always with some outlandish reason for having missed piano practice.

After a few years of this, the artist decided it was time the elephants broadened their interests.

He wondered what it would be like if Rembrandt had been an elephant and painted a self-portrait.

The ideas for the exhibition took off from there.

The artist has produced tongue-in-cheek tributes to da Vinci, van Eyck, Rembrandt, and MacMillan, photographer of the famous ‘Abbey Road’ album cover for the Beatles.

Alongside the ‘serious’ works are numerous humorous cartoon-style paintings of elephants up to antics which no self-respecting elephant would be, such as hooning about in automobiles.

“It’s been a huge task, but well worth it,” Graeme said.

“I hope the pictures communicate the joys of exploration which creating art bring. And I hope that the story each person finds in the pictures gives them pleasure,” he said.

The ‘Elephantasia’ exhibition opens from Friday, June 11-14, at the Narrabri Art and Craft Gallery.

See advertisement below for more details. 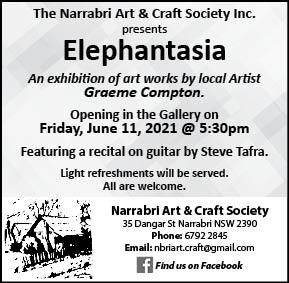 Government inaction over foot and mouth a growing concern

Foot and mouth disease, the most feared disease in the agricultural world, has the potential to cripple an entire livestock industry. Such is the disease’s impact that it can result in the killing of millions of livestock, as was the case in the United Kingdom during its 2001 outbreak. The threat of the disease arriving in Australia is the greatest it has ever been, with foot and mouth detected in Bali last month. The Indonesian holiday spot is a popular overseas destination for Australians, heightening the risk of bringing the disease back to Australia. Parliamentarians across the North West are […]

Lessons of Cold War being ignored

The geopolitical tensions of the decades of the Cold War have come to the surface once more as Russia attempts to claim its sovereignty over Ukraine. Tensions have long boiled over between the two nations during the last three decades, following the collapse of the previous Soviet Union. The Soviets longed to be the global superpower, vying to unseat the United States as the world’s most powerful nation. In the process of staking their claim on power, the Soviet Union created enemies with the democratic nations which saw the Russian muscle-flexing as a slap in the face to transparent, free […]

Vital information in print a necessity

As country communities continue to feel the effects of the closures of corporate newspapers, the NSW government has again changed the way the public can access important information. Water access notices are the latest casualty in a long line of public information which is no longer required to be published in a newspaper. In a twist of cruel irony, the notice advising of the change was published in The Courier and other country publications throughout NSW. Instead, government agencies will publish the details from these advertisements online despite the fact that the communities which rely on that information turn to […]