Jumbo sized task a labour of love for artist Graeme 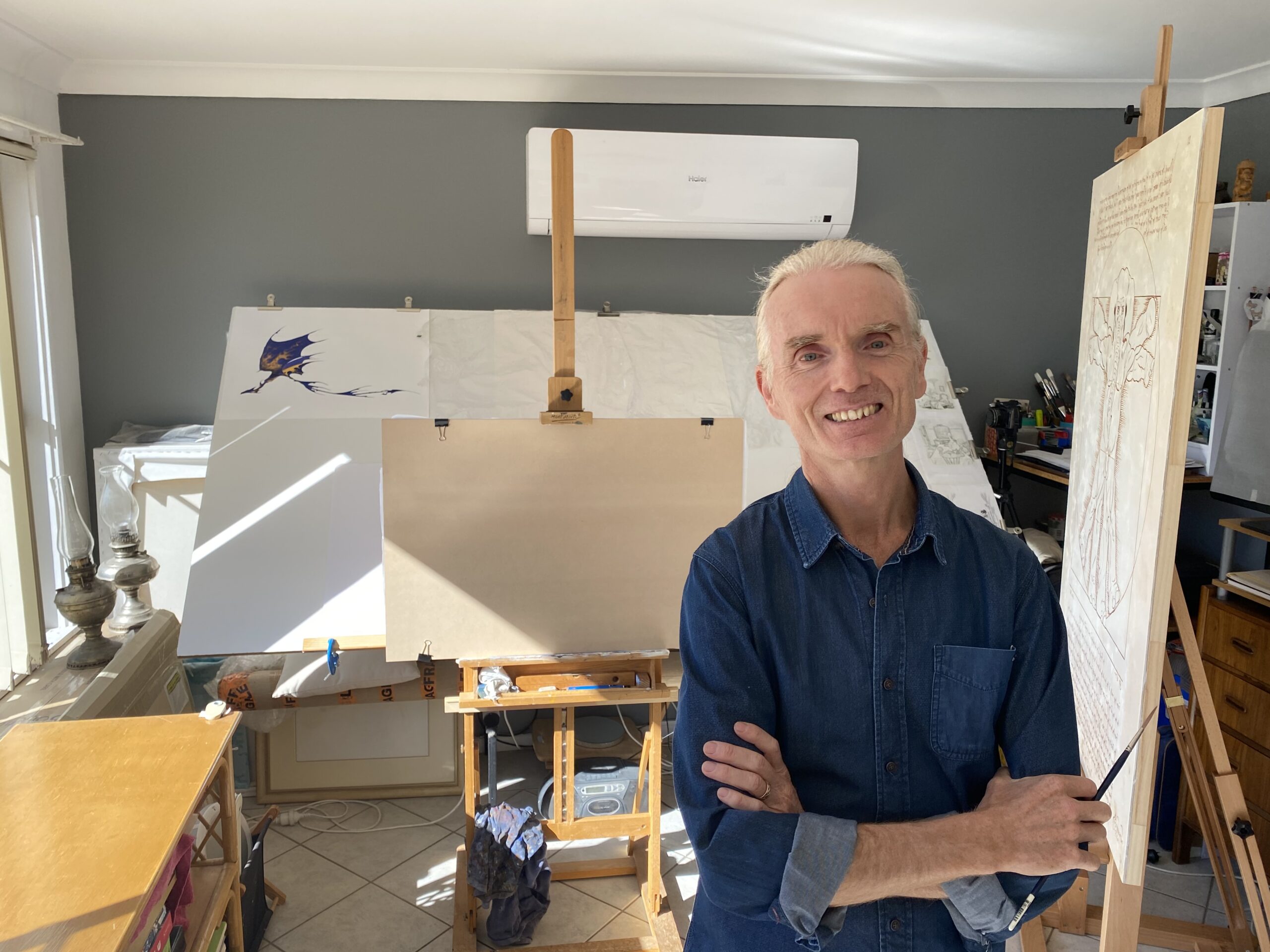 Narrabri artist Graeme Compton in his studio. Works in Graeme’s ‘Elephantasia’ exhibition are under wraps and will be revealed at the coming exhibition.

Narrabri artist Graeme Compton has been engaged in a major, five-year creative project which will be revealed to Narrabri Craft Shop Gallery audiences on Friday.

The opening of Graeme’s ‘Elephantasia’ series is a further milestone in his career.

Graeme is a full-time and accomplished artist.

He is nowadays ever busier with many commissions for book illustrations and portraiture but five years ago also found time to embark on a subject for which he has special affection – elephants.

The exhibition shares Graeme’s lifelong love of elephants with the viewer.

“These are not literal depictions of elephants,” he said.

“We are having some fun with them but there is some more serious information in there as well.”

Graeme is well-known as a successful artist.

He made the decision to become a full-time artist in 2013 and recalls his first portrait commission of a Narrabri couple years before that decision in 2006.

The local couple will be at the ‘Elephantasia’ exhibition opening, he adds.

The next major step along his journey to becoming a full-time artist was a commission from the Narrabri hospital for three works in 2011.

“That helped me realise that I could in fact make this my full time career,” Graeme said.

Graeme is also one of the most accomplished book illustrators as well.

He began with a collaboration with successful children’s author Pat Clarke eight years ago, doing the art for A One Eyed Chook Called Sheila and has so far illustrated six books for Pat.

He has now illustrated 18 books and another is in the pipeline for June, Glenda Lacy’s Ben and Sophie and the Meaning of Life.

In addition to his book illustration work, Graeme is busy with portraiture and has four commissions awaiting his attention.

“I am really looking forward to that,” he said.

Meanwhile, ‘Elephantasia’ will on view when the exhibition opens from 5.30pm Friday, June 11 at the Narrabri Gallery, with 23 of the 30 works available for purchase.