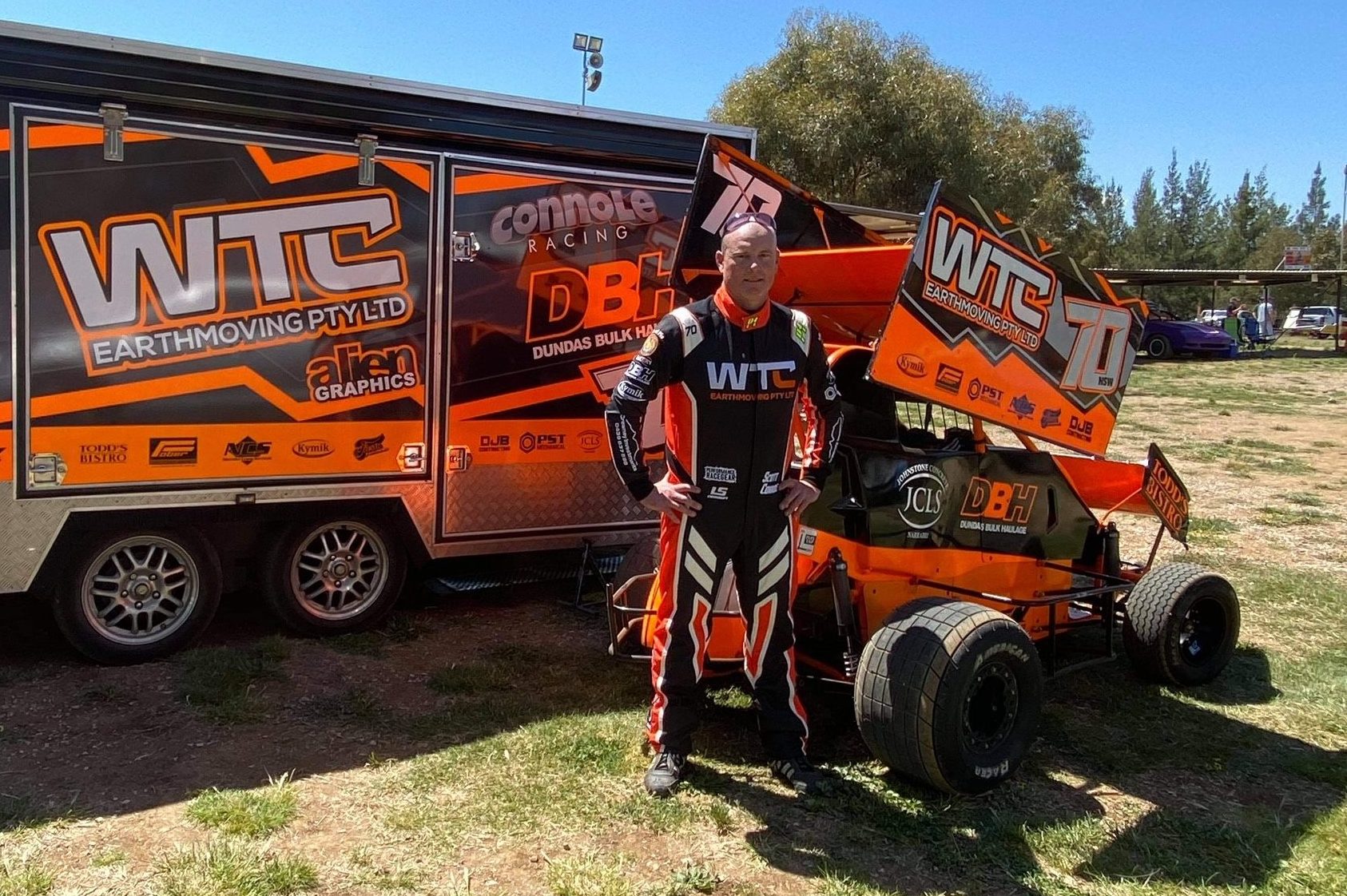 The 2020-21 speedway season was another successful one for Narrabri racer Scott Connole who recently attended the NSW Formula 500 presentation night at Singleton and returned home with several awards.

Firstly, the 43-year-old was named the runner-up of the NSW Series.

Points for that series were awarded at each race meeting and were accumulated across the season. Connole finished with 1779 points, just 144 behind Kurri racer and series winner Errin Lambert.

Connole was also acknowledged for his recent Tamworth Hoosier Challenge win and he received a prize for that victory.

He was also named best-presented driver and pit crew alongside his father-in-law Graham Baxter and earned the honour of best-presented car for the 2020-21 season.

A humble and honoured Connole told The Courier it was pleasing

to earn those awards.

“We put a lot of effort into making sure the car looks presentable on the track and there’s a lot of sponsors that we’re representing so we like to make sure they get the best possible exposure,” Connole said.

“A big thanks to Turner Signs who keep us up to date with nice, fresh stickers.

“It was a pretty good season. I was happy with the Hoosier Challenge, I didn’t think we’d get that one.

“We had a bit of a mishap in the feature in the second round after winning the first so we walked away pretty disappointed after that one.

“But we came home strong in the final round and picked up the win there which was very pleasing. It got us over the line in the Hoosier Challenge.

“As for the NSW Series, it was bittersweet.

“I felt I’d done enough to win it but it came down to points and I missed out on attending the first round which is what cost us in the end.

“We were one of the faster cars all year but Errin beat me fair and square.

“I won the series in 2019-20 and last year I was leading the series convincingly until COVID put an end to that, then this year run second.

“I want that top spot back next year.”

Connole thanked everyone who supported him in season 2020-21, especially his sponsors.