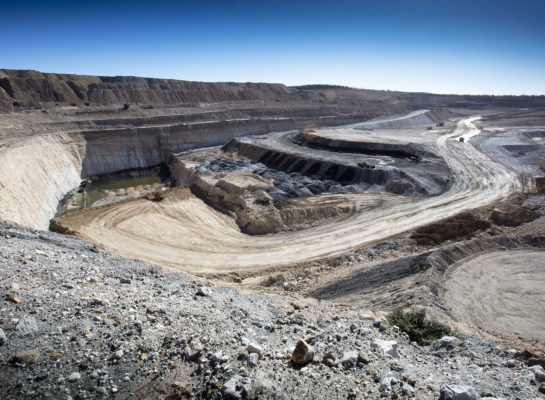 At the end of the June quarter, the Narrabri operation reported a significant drop in run-of-mine coal production after mining through fault-affected ground.

The repairs have enabled mining to return to more normal levels, with 1.5 mega-tonnes of production recorded in the September quarter, compared to 0.3 mega-tonnes at the end of the June quarter.

These details were presented by the company’s managing director and chief executive officer Paul Flynn during a quarterly production report.

“After a challenging period at Narrabri, we are readying for the longwall changeout ahead of a more productive second half,” he said.

“During recent weeks, thermal coal prices reached record highs which we will see reflected in significant cash generation over the coming months,” he said.

“We continue to pay down our senior debt facility. We expect to fully repay the debt facility early in CY22 and be in a net cash position in the March 2022 quarter.”

“Supply constraints in key producing countries have caused the Asia coal market to tighten further, both during the quarter, and in the period post September 30,” the report read.

The Maules Creek open cut mine recorded 2.9 mega-tonnes of run-of-mine coal production, up 49 per cent compared to the same reporting period in the previous year.

At Tarrawonga, it reported 0.4 mega-tonnes, down 11 per cent on the previous corresponding period.

In a projects update, the company reported on progress with the Narrabri underground mine stage three extension and the Vickery project.

The company said the progress on Vickery’s design work for the coal handling and preparation plant, rail spur, and other site infrastructure continued during the quarter.

“Draft management plans, including those required for secondary approvals such as water, noise, air quality, cultural heritage and traffic management, continue to be refined based on the conditions of approval handed down by the IPC (Independent Planning Commission) and EPBC (the Environment Protection and Biodiversity Conservation Act),” the report read.

Whitehaven received federal approval for the Vickery project on September 16.

Mr Flynn described the approval as a culmination of an exhaustive process of technical evaluation and stakeholder consultation spanning five years.

“While we maintain our cautious approach to capital allocation, this is a critical milestone in our development pipeline that offers us optionality,” he said.

The Narrabri underground mine extension’s environmental impact statement was submitted to the NSW Department of Planning, Industry and Environment in November 2020 and went on public exhibition for six weeks.

The next step in the process is for the department to prepare an overall project assessment report which is expected to be finalised in the last quarter of this year.