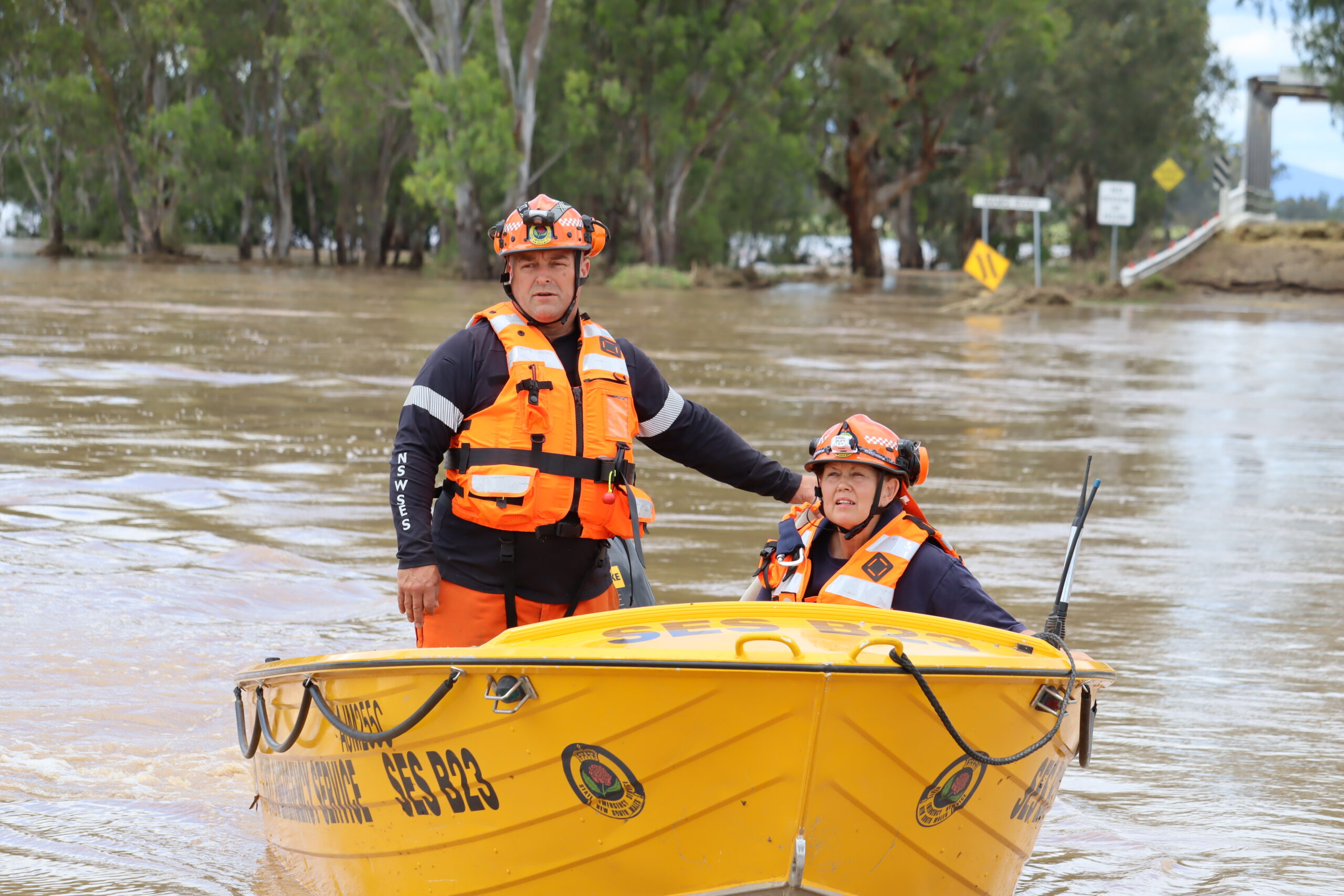 Everyone you speak to in Boggabri is in awe of our first responders, SES, NSW Fire and Rescue, and Ambulance Service.

Floods aside we have had our share of events and incidents over the past year, but mother nature is testing us all again.

Speaking to the Boggabri SES Controller, Victoria Lancaster, she said: “Our little SES unit here in Boggabri has been very active with this latest weather event starting November 20.”

“We started with a couple of leaking roofs, which required tarping to stop water entering the houses,” she said.

“Since then, we have numerous flood rescues, medication and grocery drops in conjunction with the Rural Fire Service helicopter crew, as well as mustering cattle and fodder drops, sandbagging inundated properties and monitoring flood levels – the list goes on.”

One of the flood rescues was carried out at 2.30am out on Cox’s Creek where the driver had to be rescued from a car roof.

Another was on the Iron Bridge road where a semi-trailer driver had to be rescued from his truck that was surrounded by water.

One of the helicopter missions was to deliver groceries to the stranded family and bring back a lady who needed to catch the train to a medical appointment.

Julie Hadgett and her husband are full of praise for the SES as their home became very close to having water rushing through it.

Mrs Hadgett said: “I rang the SES and they were out of town on a job sand bagging and they called in on the way back to the depot.

“They assessed the situation and swung into action laying plastic and 90 sandbags at our back door,” she said.

“If they hadn’t we would have had water in the back half of our house”.

Mrs Hadgett told The Courier: “I can’t praise the SES members high enough, they were professional, knowledgeable and friendly.

“They got the job done quickly and made us feel very comfortable in a stressful situation.”

As the Cox’s Creek water started to rise again on Wednesday, The Courier found the SES and NSW Fire Brigade members working together in the midday heat to fill just over 200 sandbags to re-enforce the sandbagging that they did a few days ago just out of town.

Mrs Lancaster said: “We have a diverse unit, specialising in car crashes and flood rescue.

“We are always looking for new members to help our local community of Boggabri at their most vulnerable.