Students ‘stand up’ at comedy workshop 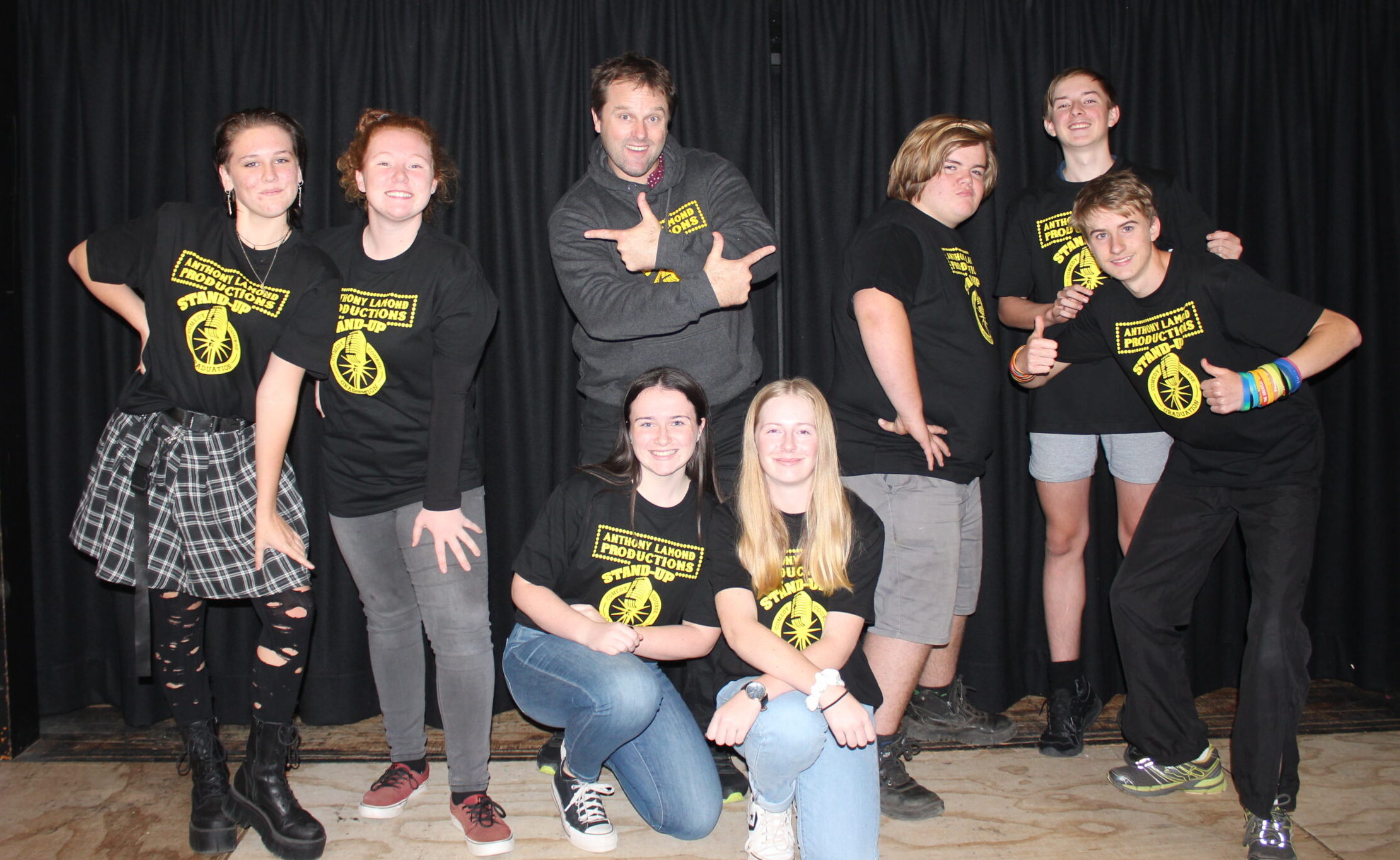 Mr Lamond’s background in stand-up comedy, as well as his experience with television and movie acting, made him a valuable resource for the school’s Year 10 drama.

On Tuesday, April 20, Mr Lamond ran an all-day comedy workshop, where the drama class learnt about the art of stand-up, including techniques like ‘callbacks (a callback is a joke that refers back to one previously told in the set).

Callbacks are usually saved for later, towards the end of a set, and the result is usually a much bigger laugh the second time as the audience is much more surprised the longer it’s held back.

Mr Lamond was pleased to have the chance to impart his wisdom.

“I’ve done comedy for 12 years, so it’s great to be able to travel out to rural schools and pass on my knowledge – especially since I’m pretty sure it isn’t part of the high school curriculum,” he said.

The workshop gave students more confidence in the area and were able to combine their new skills with everything they’ve learnt about improv (improvisation) through the school’s drama course.

They were thrilled with the experience, describing it as “so much fun”, and were pleased to receive the new shirts and congratulatory certificates Mr Lamond gave them.

That sentiment was echoed by Mr Lamond, who said the class had “great energy” and passion for the craft.

At the end of the class, students were tasked with performing their own original skits, showing off their new skills.

Michael Silver was up first, his act was about his job at McDonalds and why his mum was right about his needing a haircut.

Lillie Mae-Groth joked about the plight of being a redheaded middle child, including the chances of her exploding from too much sunburn.

Makenzie Ford spoke about being a dancer in a world of TikTok trends, and recounted experiences from her work life.

Luke Longworth explained his wristband collection, as well as the advantages that come with it.

Jesse Weekes talked about his “big family” and why he’s well-suited to the life of a soccer player.

Lily Kelly’s skit compared her work as a guitar teacher to her experience in customer service.

Larnie Durkin told the class about her family, her life of hand-me-down clothes, and what it was like coming out to her grandmother.

And Eliza Dampney took the stage last, joking about how clumsy she is and facing her fears at school.

Mr Lamond said the class did a great job, and Narrabri High School’s community liaison officer David Pierce said he was impressed with how much the students’ skits improved in just one day.