Bluebirds and Boggabri contest round three thriller on ladies’ day 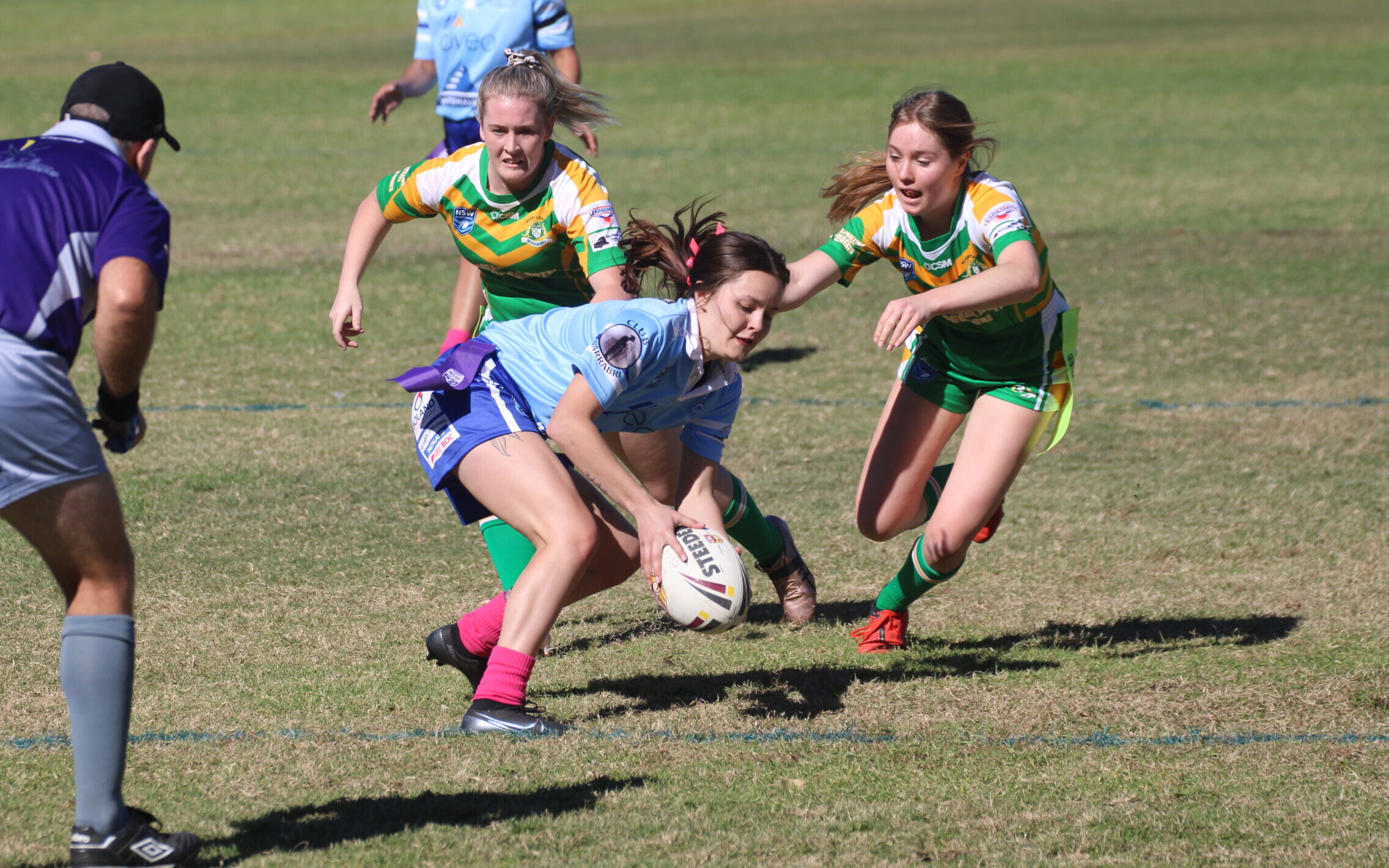 It was only fitting that the ladies’ league tag fixture would be an instant classic when Narrabri Rugby League Football Club celebrated ladies’ day on Sunday.

The Bluebirds took on Narrabri Shire rivals Boggabri at Collins Park where the two sides contested an entertaining 16-all draw.

Boggabri looked home and hosed with 90 seconds remaining as it led 16-10 when Narrabri’s Lidia McCauley ran over for what seemed certain to have been the try the hosts needed to equalise, however, she was penalised for an illegal jump while running between two defenders.

A completed set would have been enough to get Boggabri home, however, Bluebirds’ Annie Wenner turned the game on its head with an intercept and a 40-metre dash to the tryline.

She went over between the sticks and teammate Alyssa Toomey covered after the bell to make the final score 16-all.

Earlier in the match on Sunday, Boggabri took an early 4-0 lead when Cloe Davis crossed for the first try of the match, but Narrabri edged in front by two points in the sixth minute when McCauley made a line break and stepped the opposition fullback on her way to the tryline. Telisha Hilderson added the extras to make the score 6-4.

The visitors went into the break leading 8-6 following another Davis try, then after half-time Maddi Giffen and Holli Rodstrom both crossed for Boggabri to put their team ahead 16-6.

The visiting team missed all four of its conversions which would prove costly come full time.

Mikaela Woodward reduced the Bluebirds’ deficit to six points when she scored her side’s second try with just eight minutes remaining, before Wenner produced the play of the game with less than a minute left on the clock to score Narrabri’s third and final try which Toomey converted to make the final score 16-all.

Both teams will be in action again in round four games away from home this Sunday when the Bluebirds take on Kootingal and Boggabri challenge Manilla.