An entertaining afternoon at the 19th Nandewar Poetry competition | PHOTOS 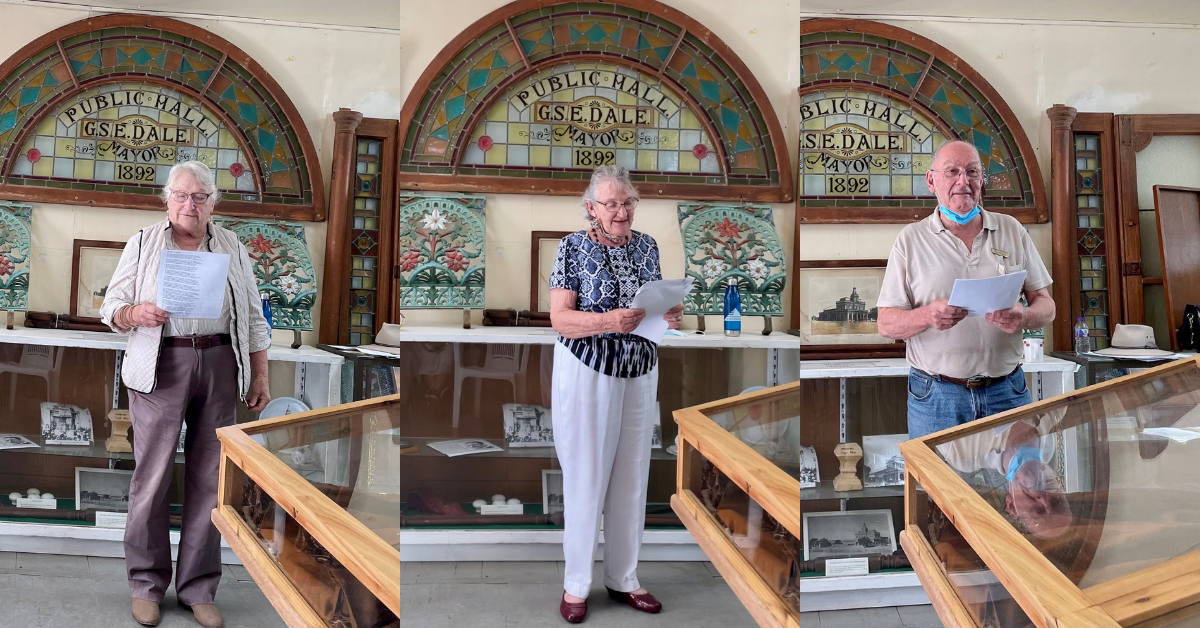 "Throughout the course of the afternoon we were entertained with poetry, read mainly from the competitors, with Helen Cain, Jean Fairless, Jenny Seccombe, Chris Seccombe and Kath Davis included in the readings," writes Max Pringle OAM.

On October 9, local poets gathered at the Narrabri Old Gaol where the Narrabri Historical Society Inc. announced the results of the 19th Nandewar Poetry competition.

COVID restrictions meant only a few visitors were allowed to attend.

To start the day the Historical Society held its monthly meeting which was followed by members and friends adjourning to the old meeting room where chairs had been set up for the audience and competitors.

President Gordon Cain welcomed everyone to the presentations, and after introducing the coordinator, Max Pringle OAM, he then commenced to read a poem.

Gordon was followed by Max Pringle with one of the poems entered in the competition.

Throughout the course of the afternoon we were entertained with poetry, read mainly from the competitors, with Helen Cain, Jean Fairless, Jenny Seccombe, Chris Seccombe and Kath Davis included in the readings.

The poems concluded with some excellent entertainment from our own Jacqui Warnock, who not only read some of the winning poetry, but went on to recite some entertaining poems.

Over the past 19 years we have received entries from just about every state in Australia with some even coming from as far away as New Zealand and Asia.

The list of winners over this period is almost like a who’s who of bush poetry, which in itself speaks highly of our competition.

The afternoon concluded with a friendly yarn as we enjoyed an excellent afternoon tea.

‘In praise of poets’ by Jacqui Warnock

We’ve come here for the poetry at the gaol in Narrabri,
just up the road from Boggabri and north of Bugaldi.
We’re somewhere east of Kenebri, north-west of Therrabri
and we’re not too far from Come-by-Chance and Collarenebri.
Out to the west the hamlet with the name of Cuttabri
which once was known to serve up wine to travellers passing by.
And to the east the region that is known as Goonbri,
the outline of the mountain range a view to beautify.
The Bri we’re told means braided stream, a river, creek, or soak –
a name in local usage told to some explorer bloke.
Unlike in West Australia where there’s ‘Up’ in many a town,
in NSW we’ve ‘bri’ towns for these places of renown.
So here we are in Narrabri, this jewel of the north-west,
where you’re sure to find the people and the land amongst the best.
Like Dorothea’s poem, “ragged mountains, sweeping plains”
from her ‘Kurrumbede’ to Edgeroi, we’re glad of recent rains.
The power of words in poetry can stimulate the mind,
and your written competition Max is here ‘one of a kind’
It’s grand you’ve run this comp Max for what now is nineteen years,
with poetry submitted bringing laughter, thoughts and tears.
Thanks to all the poets who’ve written down in verse,
and all of we presenters who’ve had some time to rehearse.
From Pokataroo to Timbuktu there’s poems to be recited,
and being here to share today we’re all plainly quite delighted. 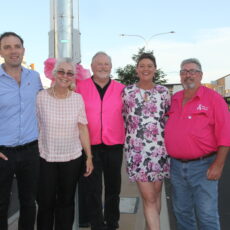 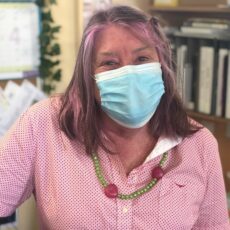 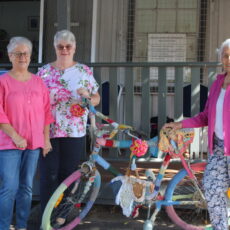